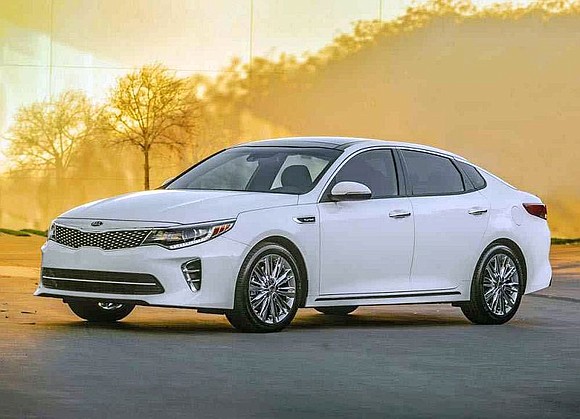 Kia made some incremental yet substantial changes to the Kia Optima for 2019.

We had the SX Turbo, which is the top of the line. It was powered by a 2.0-liter turbocharged four-cylinder engine that was mated to a six-speed automatic transmission. The combination made 245 horsepower and 260 pound-feet of torque.

The EPA fuel rating was 21 mpg in the city, 30 mpg on the highway and 24 mpg combined. Although Kia doesn’t say it, the SX is the sporty rendition of the Optima. My test car had paddle shifters, two-toned red bucket seats and as slick a set of 18-inch alloy wheels as I’ve seen in a while.

But none of that mattered because I had the Optima during the deep, deep freeze. I mean when temperatures did not get above zero for a couple of days and it was in the low teens the day before and the day after the big chill. I wasn’t straying too far from home.

When I did go out this is the equipment that the Kia Optima had that made a difference: There was push button lock and unlock. That meant no fumbling with keys. The same was true for the push button start and stop.

Heated and cooled front seats made a big difference. Guess which feature I used when it was 10 below zero. The heated steering wheel was a bonus. It meant after perhaps five or so minutes I could take off my gloves. I’ve never liked driving with my hands covered.

The turbocharger pumping hot gases back into the engine caused it to warm up a lot faster and the heat came on quicker than I expected.

And even though they are required, the backup camera kept me on a straight path as I backed out of the driveway. I once got stuck in the driveway with a car that was rear wheel drive and had no back up camera. It makes a difference when you stay out of deep snow while driving, no matter what speed you are going.

There were some exterior enhancements. The wheels were redesigned and there were new LED fog lamps.

Inside, there was a flat bottom steering wheel, sport bucket seats and soft red ambient lighting. That matched the two-tone black and red seating. The dash remained black. Kia was one of the first automakers to switch to a horizontal layout for the center stack. It still looked good but could use a little updating.

The retractable panoramic roof on the SX trim level has been made standard. There were four drive modes: comfort, eco, smart and sport. I climbed into the back seat easily. The doors were wide and the seats were comfortable.