The key to ending Alzheimer's, Parkinson's, and ALS? 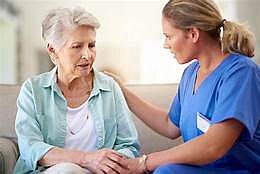 A vaccine for Alzheimer's could be within reach.

In November, researchers at the University of Texas Southwestern Medical Center announced that their experimental vaccine had prevented the development of substances associated with Alzheimer's in mice. The scientists hope to start clinical trials in humans soon. If the vaccine lives up to its promise, it could prevent half of dementia cases.

These findings stand out as just the latest example of the power of animal research. Cures for dementia are on the horizon -- and animal models will be the means by which they arrive.

Neurodegenerative diseases like Alzheimer's exert an immense toll on those who suffer from them, their families, and the broader economy. The number of Americans who died of Alzheimer's more than doubled between 2000 and 2015. It's now the country's sixth-leading cause of death. Alzheimer's and other forms of dementia are projected to cost the nation $277 billion in 2018.

Parkinson's afflicts nearly 1 million Americans and costs the country roughly $14 billion per year. And every day, 15 Americans are diagnosed with ALS, or Lou Gehrig's disease. Only 10 percent of them will live more than 10 years after diagnosis.

Animal research is crucial to reducing the burden of diseases like these.

Consider how such research has already improved our understanding of Alzheimer's. By studying monkeys and mice with similar brain abnormalities, scientists have discovered molecules and genetic mutations associated with the disease. Researchers have also been able to prove that obesity and head injuries increase susceptibility to Alzheimer's.

Recently, University of Florida researchers found that a special protein could reduce the plaque that builds up in the brains of mice with Alzheimer's. That could lead to the development of a drug that stops the progression of the disease.

Animal research is also yielding breakthroughs in the fight against Parkinson's. A few decades ago, with the help of monkeys, scientists developed a surgical treatment called "deep brain stimulation" that blocks irregular nerve signals. The therapy has helped tens of thousands of people with Parkinson's.

New research points to a way to stop Parkinson's entirely. At the University of Queensland in Australia, scientists have been working with a small molecule that has halted the loss of brain cells in several animal models. They're aiming to start human trials in 2020.

There's hope on the horizon for people with ALS, too. With the help of mice and rats, scientists at the Washington University School of Medicine recently identified a therapy that could reverse neuromuscular damage in people with an inherited form of ALS.

Animal research helps not just humans but animals themselves, too. Dogs, for example, experience a disease similar to Alzheimer's that affects their memory and responsiveness. So treatments that help reduce Alzheimer's in people could yield therapies for our canine companions as well.

Some animal activists are opposed to this research. They argue that computer models or cell cultures should be used instead. But these supposed alternatives are not yet nearly sophisticated enough to illustrate how a treatment -- especially for a disease as complicated as Alzheimer's -- will work within a complex living organism.

Neurodegenerative diseases are becoming the scourges of our time. But thanks to animal research, there's hope in sight.

Matthew R. Bailey is president of the Foundation for Biomedical Research.