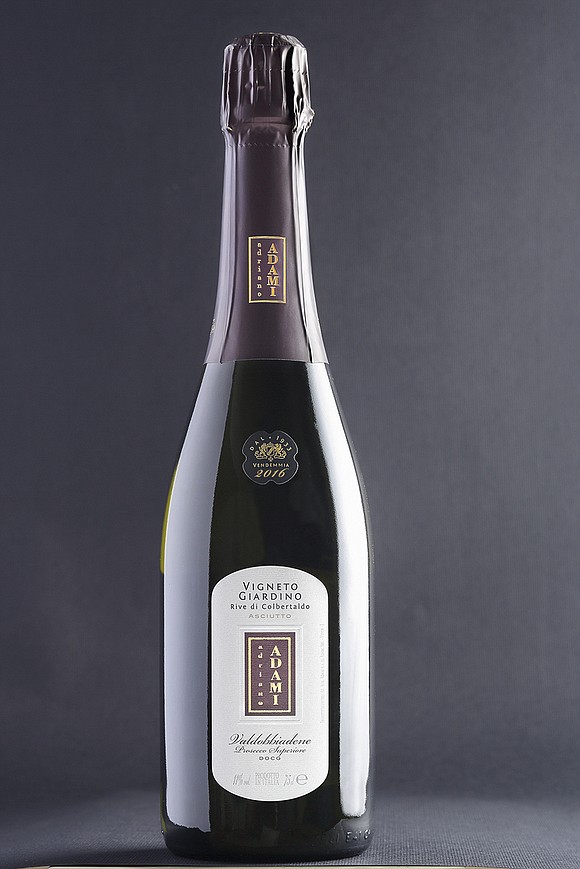 Treviso is the ancestral home of Prosecco and the Alta Marca area is renowned for its excellent wines dating as far back as the Middle Ages. Historical records show that as early as 1606, wines were exported from Treviso throughout Europe.

After much trial and error, the Glera grape, formerly called the Prosecco grape, became the standard variety used in the making of Prosecco, It is the grape variety of choice in the Alta Marca, home Adriano Adami Prosecco Superiore. It is especially so in the Valdobbiadene, where the variety dominates the steep slopes of its many hillsides. With the Dolomites looming in the background, the region is sheltered from the harsh winds and bathed in the warmth of midday sun, which nourishes the grapes. It was here that Abel Adami purchased a natural amphitheater vineyard where he began nurturing the Glera grape with his son Adriano. History was made in 1933, when Abelhad the intuition to make a presentation to the 1st Mostra Mercato del Vini Tipci d'Italia in Siena. His Riva (the name given to hillside vineyards) Giardino Asciutto was the first real vineyard selection from Valdobbiadene. Adriano Adami continued the family, tradition. Continuing in his father's footsteps, Adriano made a name for himself, producing quality Prosecco.

The 1980s saw the arrival of the third generation, with the newly qualified oenologists Armando and Franco Adami, combining family traditions with specialization and technology. With a modern winemaking and sparkling wine production facility, the brand moved onto new markets and acquired a solid reputation.

Adami now produces about 750,000 bottles with grapes from 50 hectares of vineyards, 12 of their own land, the rest farmed by other small growers with time-honored links to the winery, and sharing its commitment to quality.

The historic Giardino Vineyard, purchased in 1920, is a south-facing natural amphitheater-shaped vineyard. The sparkling wine from its hillside slopes is recognized as the first example of a Prosecco from single vineyard in the whole DOC zone. It is not only admirably rich and intense n the nose, but it possesses a lovely crisp spiciness, enhanced by hints of apple and peach, surrounded by aromas of delightful wisteria and acacia blossoms. It has a velvety mouth feel which mirrors the nose, with flavors of fruit tarts and melon cascading to an elegant finish. Serve well chilled with a variety of Focaccia breads, fresh fruits and soft cheeses, A pleasant lunch of Risotto with that Italian favorite baccala, or creamed salted Cod fish, is one of the regional delights that is right at home with Adami Vignette Giardino Prosecco Superiore Risotto al baccalà

For the creamed codfish:

The ingredient that gives great character to this risotto al baccalà, or risotto with dried cod, is generally bought in specialty delicatessens. Its preparation, though straightforward, is fairly laborious, since the dried codfish must be re-hydrated for at 24 hours under running water. Then boil it for ten minutes or so, remove the skin and bones, which will go into the preparation of the broth. Once the flesh is flaky, turn the heat very low, and beat it with a wood spoon, adding as much olive oil as it will absorb (about a quarter of its original weight), until it becomes creamy and homogenous, or for a quicker method, put the olive oil in a blender and gradually add the pieces of fish. Prepare a normal risotto, with just a few slight differences: chop the onion and brown in a bit of olive oil, add the rice and let it brown lightly, then add, in small doses, half the fish and the broth. Then bring the risotto three quarters of the way to done and add the rest of the fish. Finish cooking and cream with a bit of olive oil, grated cheese, and a sprinkle of white pepper.