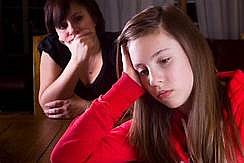 The Illinois Coalition for Better Mental Health Care is teaming with state Rep. Deb Conroy and state Sen. Heather Steans in an announcing their push for mental health funding and reform.

Mental health problems are pervasive in Illinois. More than 2.5 million Illinoisans, including an estimated 850,000 young people under age 25, struggle with some form of mental health condition, from mild to severe. And far too many – the majority of Illinoisans with mental health issues – who need treatment are forced to go without.

That could start to change, under new legislation being pushed forward at the state Capitol by the Illinois Coalition for Better Mental Health Care.

House Bill 2486 and Senate Bill 1763, filed by state Rep. Deb Conroy and state Sen. Heather Steans, would steadily increase state investment in mental health treatment over the next four years, by $50 million. It would also change how the state regulates and funds mental health providers, to ensure they have the ability to innovate to meet patients’ needs and to reward those who produce good health outcomes.

The vast majority of new state funding would come through the state’s Medicaid program, drawing at least a 50 percent match in federal dollars. That would limit the state’s out-of-pocket cost to no more than $13 million a year over the four years, above what is spent now on mental health treatment.

People in a mental health crisis face law enforcement and jails, instead of mental health professionals and treatment settings. Children with acute mental health needs languish in hospitals far beyond what their medical treatment requires, while they wait for a place to go for mental health care. More and more people commit suicide while their issues go untreated: suicide rates in Illinois soared by 23 percent between 1999 and 2016, according to the Center for Disease Control and Prevention.

They note this legislation is an important first step after years of struggles in policymaking, and are encouraged by new Gov. J.B. Pritzker’s statements in support of addressing mental health resources as a priority in his administration.

“For far too long, state policymakers have ignored addressing the foundation of the mental health system – Medicaid rates and antiquated state regulations,” said Heather O’Donnell, Senior Vice President of Public Policy and Advocacy at Thresholds, a key provider of mental health services in the Chicagoland area. “We have focused too much on small pilot projects, but never get at the root of the problem. With these bills, we will finally provide a real solution: improving access to foundational mental health treatment.”

“Thousands of Illinois families across the state of Illinois are victims of our mental health crisis. For too long, they have had nowhere to turn as the mental health services infrastructure is decimated, particularly over the last four years,” said Rep. Conroy, D-Villa Park, who is chair of the House Mental Health Committee. “I have filed this legislation as a response to the many families I have heard from with loved ones struggling for answers, who need services now. By creating a multi-year solution to reinvest and restructure our mental health programs with targeted, federally matched dollars, we can provide renewed hope to the millions affected by our mental health crisis. I look forward to working with the Governor and my colleagues to follow through on the promise of improving mental health care in Illinois.”

I have seen firsthand devastation caused by the Rauner Administration to the state’s already fragile mental health infrastructure,” said Sen. Steans, D-Chicago. “With these proposals, we can change course, work with the Pritzker Administration to create a stronger, more effective and more efficient mental health service delivery system, give families throughout Illinois the treatment resources and support they need and deserve.”