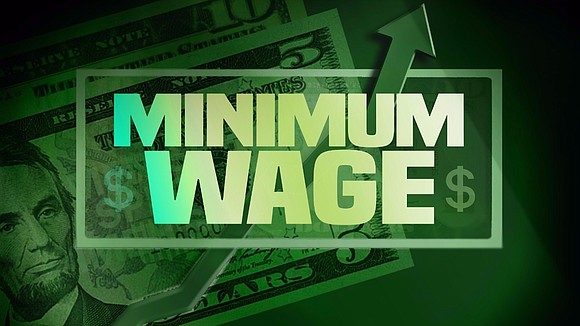 An increase in the minimum wage paid to workers always sparks debate among those who see it as the demise of small business and the loss of profit for big corporations. Generally, the debate centers on those who depend on entry level jobs and the hastening of automation that will eliminate the very jobs that command minimum wages.

Most of the arguments regarding the newly increased minimum wage in Illinois, are the same ones raised the last time it was increased from $6.50 in 2007 to the current $8.25 in 2010. The increase is incrementally set to increase over five years starting in 2020 at $9.25. That’s not really the big deal some have made of it when you consider that, based on the Consumer Price Index, a wage of $8.25 per hour in January of 2010 has the same buying power of $9.58 today. Put another way, if the minimum wage were indexed for inflation, today’s minimum wage would be $9.58. That’s higher than it will be a year from now. The minimum wage in 1978 was $2.65 per hour. That equates to $10.67 today, according to the CPI.

The current minimum wage in Illinois is $8.25 per hour. That’s about $17,160 annually. The federal poverty level in Illinois for a family of four today is $25,750. You get the picture. Many of the jobs in the Joliet area that are paying minimum wage are at fast food outlets and many of the warehouses that populate the area, among others.

The hue and cry are that jobs will be lost and businesses will be at a disadvantage because of the increased employment costs. Yes, there will be some job losses due to minimum wage increase, but with low unemployment there are many jobs available. When the past history of all available data regarding the effects of a minimum wage increase is combined it shows there is little disruption in the economy. In Illinois, approximately four per cent of the population is paid at the Federal minimum wage of $7.25 an hour according to the latest Bureau of Labor Statistics report. Illinois’ higher minimum wage figures are included.

There are five years of increases that will allow businesses and the economy to adjust. There is a tax credit available for employers with fewer than 50 employees that helps offset the incremental wage increases. When the $15 minimum wage takes effect in 2025, most of us will probably wonder what all the fuss was about. At least, that’s what has happened in the past.

On last thing… last week’s brouhaha regarding the I-80 bridge over the Des Plaines River frightened many drivers into finding alternative routes that avoid that stretch of road. There is no way of knowing how many have made that decision. However, many have made that decision before now just based on the traffic on I-80. Even without the numerous warehouses that dot Joliet’s landscape the truck traffic would be barely tolerable. Interstate 80 is the major cross-county highway. It extends from New York City to San Francisco. Warehouses are all along I-80 between those two major cities. There are few alternatives for trucks to bypass I-80 through Joliet. Best bet if you’re not a trucker? Find an alternate route.