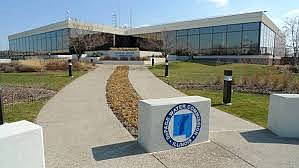 The DuPage Water Commission, which is a governing body that controls access to a portion of Lake Michigan Water, is one of the options the city of Joliet is exploring in search of an alternative water source.

The Joliet Environmental Commission is looking to narrow in on the number of potential alternative water sources from 14 to 5 that will include the various ways each one could be implemented.

At Tuesday’s meeting, the panel unanimously agreed to provide a set of recommendations to the Joliet City Council for water source alternatives to be studied during Phase II.

The panel came to consensus ruling out several options based on feasibility or lack thereof.

The city intends to find an alternative water source to prevent existing wells from running dry. Projections show the city has until 2030 to accomplish this feat, so long as short-term improvements are completed.

Part of Phase II analysis of alternative water sources will involve an examination of water loss. The city is employing its leak detection and water main replacement programs to help meet the Illinois Department of Natural Resources standards, which require Joliet to reduce water loss to 10 percent.

Currently, the city is experiencing water loss at a rate of 25 percent.

The Joliet City Council is expected to consider authorizing a contract for Phase II analysis of the alternative water source study at its first February meeting.

An update was provided to the panel as it regards public relations and engagement efforts to this point.

Last year, the city enlisted the assistance of Images, Inc. as a sub-consultant to handle initiatives of this type.

Commission Member Richard Rodriguez said a promotional push would play a vital part, in terms of advancing the project.

“It’s really to let people know about the sustainability,” he said. “We’re going to have some tough metrics to meet in preparation for the build-out.”

An outline of the city’s public relations and engagement efforts has since been developed.

“We don’t think that those in the community understand there is an issue,” said Tracy Morse, president of Images, Inc. “They don’t see the urgency of that, so that’s a big part of our work going forward with this study.”

A draft public relations plan for Phase II will be presented to the panel at its next monthly meeting, at which point a recommendation will be needed.

The Joliet Environmental Commission is expected to convene for another regular meeting at 4:30 p.m. Feb. 12 at city hall.

The following is a brief recap of discussion had at the Joliet Environmental Commission meeting:

• The panel brought up the prospect of enlisting a sub-consultant to serve as an independent cost reviewer.

• The city is looking to have a water rate study completed separate of Phase II analysis of the alternative water source study.