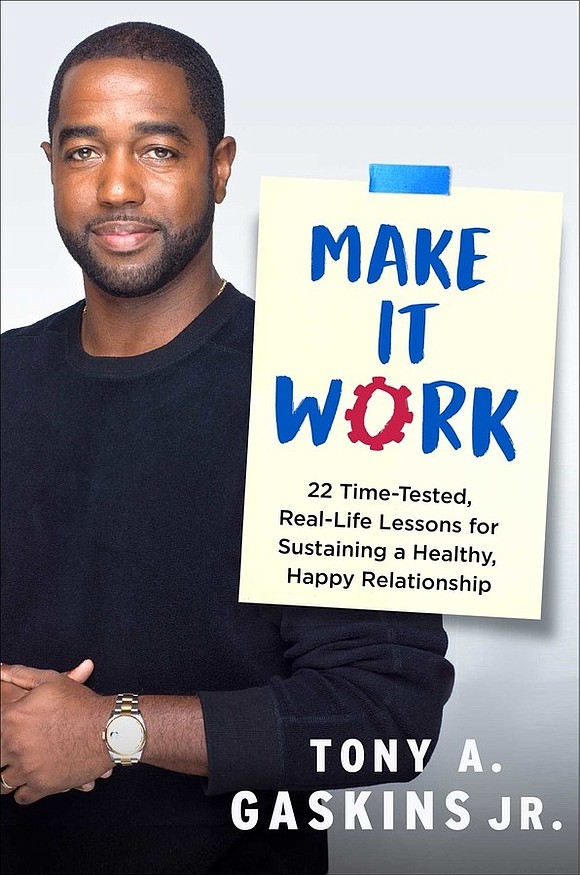 Not interested. Nope, you’ve tried it and it’s not for you. Neither is love, apparently, as evidenced by the string of awful dates you’ve had lately. You know that having a bad relationship is easy. Having a good one takes effort, and it might start with “Making It Work” by Tony A. Gaskins, Jr. You just want to be loved. Doesn’t matter if you’re a man or a woman, that’s what everybody needs but not everyone has learned to do it right. Maybe early role models argued loudly or behind closed doors, leaving you with no template for disagreement.

Maybe one parent slept around, imprinting a sense of insecurity. Or perhaps your childhood was peppered with lessons that just don’t work anymore. Whatever you learned early in life, the first rule to keep now is to love yourself. You can’t know what you want in a partner unless you know what you want for you, loving yourself is the basis of all good relationships.

Treat your body like the precious thing God intended. Stop being promiscuous, and don’t let your partner talk you into anything that’s wrong for you and what you want from a relationship. “Keep your standards,” says Gaskins. Pay close attention to potential mates: they’ll show you who they are and it’s up to you to see it. If you’re still falling in love, ask yourself seriously if you can live with their actions and ideals for the next four or five decades. Don’t put up with liars, name-callers, Mama’s Babies, profanity-users, or anyone who abuses substances. “Be selfless” in your relationship by putting your partner first – and that means no secret spilling to friends. Remember that both of you will bear the blame for any rift in the partnership. Learn how to disagree.

And finally, know what’s worth breaking up over; prayer and a little soul-searching might surprise you; “Make It Work” is absolutely not a book for everyone. Page after page after page of it is filled with so many overgeneralizations that it’s almost laughable: the warning tones in the abundance of women-do-this, men-do-that scenarios feel like a marriage manual from the 1950s.

The “female” is painted as a wily being, painfully desperate for love, using her body to “chase” a man; men are portrayed as being unable to think of anything but the bedroom. Readers are cautioned against having opposite-sex friends, because, well, one of you might not be able to maintain control. Yes, Eisenhower-Era readers, it’s that cliché. But then, just when you think your eyes have rolled plumb out of your head, author Tony A. Gaskins Jr. surprises readers with information that is so useful and real that you’ll gasp.

It’s advice that makes incredible sense. And yes, it could help you do what the title promises. Finding that, though, may be like a treasure hunt that yields rhinestones. Gleaning lessons you can use may be a lesson in frustration. Yes, this book is right for the right person, but for many readers, “Make It Work,” won’t.