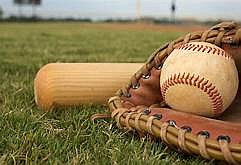 Now that the year’s first snowstorm has past and we’re in the first real cold snap of the winter, it’s time to start thinking summer. One of the best preoccupations of summer is baseball. Joliet is a baseball city but it’s not the only locale in the region with a minor league team. The “Bigs”, otherwise known as Major League Baseball, have two Chicago teams, the Cubs and the White Sox, but there are five other professional baseball teams in the region.

One, The Kane County Cougars, lays claim to being the only affiliated Class-A Major League Baseball team in the Chicago area. Since 1991 the Cougars have welcomed over 11 million fans to their home games. They have been affiliated with the Arizona Diamondbacks since 2015. They will play 69 home games this year starting on April 6.

The other four teams are in independent leagues, including the Joliet Slammers. Two of the teams Schaumburg and Crestwood share affiliation with the Slammers in the Frontier League. The Slammers won the league Championship in 2018 but had a poor showing at the gate with only about 88,000 paid attendance. Schaumburg led the league in attendance at the gate but finished below .500 in the standings. Go figure. Crestwood Windy City finished last in league attendance and second to last in the league standings.

The Joliet Slammers are scheduled to receive the Professional Organization of the Year award at the 73rd annual Pitch & Hit Club of Chicago banquet on January 27. The award recognizes the Slammers for winning the Frontier League Championship for the 2018 season.

The last of the region’s independent league teams are the Chicago Dogs located in Rosemont, near O’Hare airport. The Dogs inaugural season last year saw them finish with a won-lost record of 45-54 with attendance of just under 139,000 fans in the stands. Their stadium holds about 6,300, slightly more than the Slammers Route 66 Stadium at about 6,000. The Slammers have committed to a substantially higher fan attendance in2019.

There’s plenty of baseball around the Chicago region starting in April. Maybe if you start thinking about it now you can feel some warmth in the bitter cold we have now.

One last thing… it’s not always easy to cram everything into one column of a few hundred words every couple of weeks but I wanted to follow-up on two items this week. One is the situation that was created because the Plainfield Township board of Trustees weren’t paying close attention to their responsibilities. If you’ll remember about six weeks ago the board discovered the township’s administrator had been storing personal items, specifically a boat and a jet-ski, in the township’s maintaince building for free. Not only was it free but was an unauthorized storage.

The administrator has since resigned, but the township board has been motivated to audit their finances. According to an article by Illinois Leaks from the “Edgar County Watchdogs”, Plainfield Township was invoiced for over $69,000 by the former supervisor for work done by a company she owns called Professional Development Inc. Apparently, unauthorized recreational vehicle storage wasn’t the only thing the Township Board wasn’t paying attention to. The detailed story can be found at http://out.easycounter.com/external/edgarcountywatchdogs.com.

Finally, for those who may believe the partial shutdown of the Federal government hasn’t had much of an effect in Will County, think again. While many sectors of the economy are not directly affected, many segments of the population are being indirectly impacted. For instance, the Department of Veterans Affairs remains open and available to the veterans it serves, but according to the Will County Veterans Assistance Commission superintendent Kristi McNichols there are many Will county veterans being served by the Will County VAC who receive food assistance through the government’s Supplemental Nutrition Assistance Program (SNAP) along with other county residents. Delays are being experienced receiving and applying for benefits and may only be funded through February. Even getting veteran records from the national records facility in St Louis is being delayed due to a lack of personnel working there.

The price of building a wall one can go over, tunnel under, or penetrate through is having an increasingly negative effect on those who can least afford it. Where’s the leadership at the top?