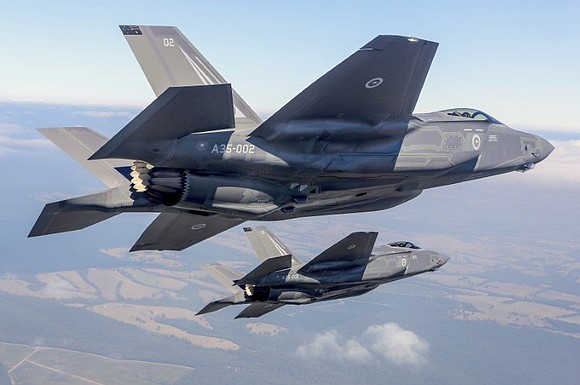 The F-35 stealth fighter aircraft is one expensive plane. It costs $135 million to produce a single aircraft, but Congress is prepared to authorize spending for 90 more planes, a dozen more than the Pentagon has requested. Why? Lobbyists for Lockheed Martin, the company that produces these aircraft, have exercised their fine art of persuasion to convince the House Armed Services Committee that these aircraft are needed for our national “defense.”

Wouldn’t you think the Pentagon has a better idea of what they “need” than lobbyists? Or are the profits of this corporation more important than the fiscal prudence that so many in Washington crow about when looking at education, Social Security, health care or programs that address human needs?

There is much to object to about the “Defense” budget, as defense spending absorbs more than half of all of spending from our budget. But spending on the F-35 aircraft is especially egregious. More than a trillion dollars will be spent on this aircraft — a trillion. Enough to eliminate all student debt with money left over!

What do we get from this trillion? We get an aircraft with supply chain problems that the General Accounting Office has described as “falling short of warfighter requirements.” They say the aircraft, “cannot perform as many missions or fly as often as required,” partly because of a “shortage in spare parts and limited repair capability.”

So, Lockheed Martin is producing this $135 million aircraft, more than two thousand, to be exact, without producing the requisite spare parts or developing the appropriate repair capabilities.

Bloomberg News described the F-35 program, “as the world’s costliest weapons program.” Its entire history has been fraught with both cost and efficiency problems. Why then, are lobbyist pushing Congress to order more of these planes, more, even than the Pentagon wants? Follow the money. It’s all about the profits.

While the House Armed Services Committee is planning to waste billions of dollars on these costly and flawed F-35 planes, poor people around the country gathered in Washington to hear from Rev. William Barber and Rev. Liz Theoharis about the Moral Budget.

Believe me, there is no room for F-35 fighter planes in the Moral Budget. Instead, the Poor People’s Campaign increased spending on human needs, like heath care, education, and that oh-so-basic need – food! It might have been impactful for members of the House Armed Services Committee to spend a few moments with the Poor People’s Congress, the thousand or so people who crowded into Trinity Hall at Trinity Washington University to demand equity in education, affordable health care, and more.

The Poor People’s Moral Budget has the theme: “Everybody Has the Right to Live.” The budget would cut $350 billion in military spending, while increasing taxes on the wealthy, corporations, and Wall Street. It represents a paradigm shift from our nation’s current focus on militarism to a focus on human needs.

Our nation’s hawks, and our President, believe that profligate military spending makes our world safer, which is nonsense! Indeed, the possibility of military action against Iran (and the deployment of a thousand more troops to the Middle East in late June), suggests that militarism makes the world dangerous, not safer.

In any case, in this militaristic climate, the move to order more F35s than even the President wants is nothing more than a profit-serving move to benefit Lockheed Martin, the corporation that can’t even produce enough spare parts for the planes it has already produced!

The Poor People’s Congress operated in stark contrast to the House Armed Services Committee. Rev. William Barber testified before the House Budget Committee on June 19, 2019, calling for an end to police violence against poor people and urged Congress to embrace its moral budget. By continuing profligate spending on F35 fighter planes, and funding more planes than even the Pentagon wants, Congress is engaging in policy violence against all Americans, but especially the 140 million who are poor!

Julianne Malveaux is an author and economist.