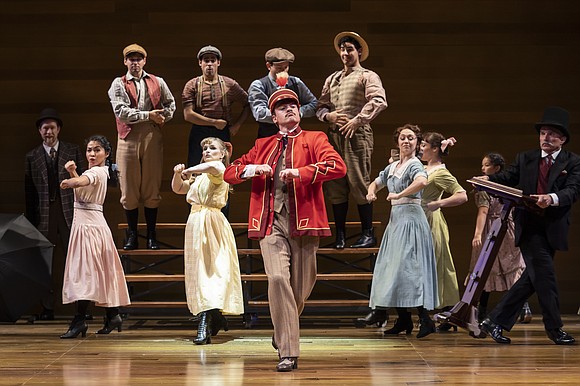 Due to overwhelming demand for tickets, Goodman Theatre has added a second and final extension week to its major revival of The Music Man, which opened Monday night in the Albert Theatre, staged by Tony Award-winning Director Mary Zimmerman. The winner of five Tony Awards including Best Musical, Meredith Willson’s musical masterpiece The Music Man based on the story by Willson and Franklin Lacey, features beloved songs including “Goodnight My Someone,” “Seventy-Six Trombones,” “Gary, Indiana,” and “Till There Was You.” The Music Man appears at Goodman Theatre now through August 18, 2019, in the 856-seat Albert Theatre. Tickets are available at GoodmanTheatre.org/MusicMan, by phone at 312.443.3800 or at the box office (170 North Dearborn).

Post Show discussion – July 11 and 14 immediately following the performance Free admission. Audiences are encouraged to stay after select performances for a conversation led by members of the Artistic Team, often including artists from the show, over a complimentary glass of wine.GoodmanTheatre.org/DrinksDiscussion