Wayne's Words: Why do we own it? 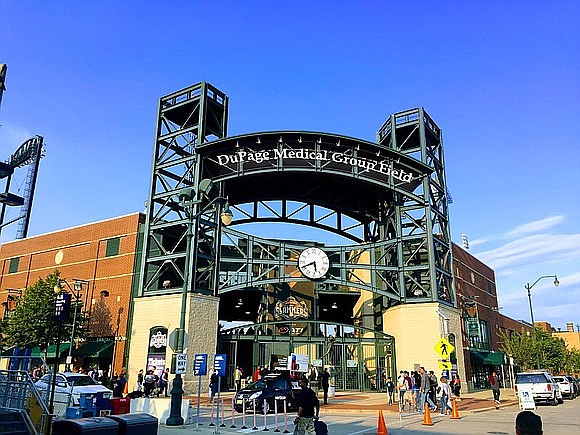 It has been entertaining to observe the City Council’s bickering over what should be a transparent and open resolution to who will be Joliet’s next City Manager. Obviously, regardless of all the pontificating about who would be the most qualified person for the job, what it really comes down to is who projects the most power on the City Council. The council has moved from objective disagreement of issues to “it’s my way or the highway.” It makes for great theater but it doesn’t get the city business done.

For all the bluster being displayed on this important issue, I find it hard to believe that what should be a simple matter of transparency regarding the lease contract with the Slammers baseball organization, the City Council looks helpless. Not a good look for any of the Council “players.”

During the Jackhammers tenure there was the revelation that the stadium water pipes were exposed to the cold, harsh winters in the Midwest and they burst. The extensive damage to the property, along with other repairs, was paid for by the City because we owned it. After the Jackhammers went bust, the new tenants wanted a new scoreboard replacement which the City paid for because “we owned it.”

A few years later the grass field was replaced with $1.2 million worth of artificial turf so the baseball organization could use the stadium for more events. The City paid for it because “we owned it.” None of the revenue from the increased use went to the City of Joliet. That revenue accrued to the Slammers organization.

When the Silver Cross Hospital naming rights contract expired a couple of years ago the City renamed the stadium Route 66 Field and paid for the new sign that went up replacing the old one. You guessed it: The City paid for it because “we owned it.”

In fact, about the only thing the city doesn’t have ownership rights to are the revenues the Slammers organization generates for all the events held there, with the exception of the $75,000 annual rent payment and half of the naming rights revenue, after the Slammers deduct a portion of any expenses they might owe. The City even pays for half of the utility costs, all of the traffic control, security cost outside the stadium, and must provide free parking for all events inside the stadium. These costs have been estimated to exceed $250,000 to $400,000 each year.

The lease agreement in question is available on the City’s website www.joliet.gov. You can find it in the minutes of the September 18, 2018 City Council meeting. Since I’m not an attorney, I have no idea how the lease terms can be interpreted to keep the revenue portion undisclosed. It would seem that the original intent of the two parties to the lease was to have all parts of the lease transparent. In fact, the agreement contains a summary that says all accounts and records are open to inspection.

Apparently, the City Council can’t take ownership of the lease and have therefore ceded the stadium ownership to a third party, the DuPage Medical Group. And now they want to hire a new City Manager? Good luck on that one.

One last thing… what’s the short and sweet of the effort to make the old Joliet prison a tourist attraction that is self-sustaining and a revenue source for the museum? That is the same tactic used to sell the taxpayers of Joliet on the benefits of a baseball park. See where that led?