COMMENTARY: Is U.S. marching steadily to war with Iran? 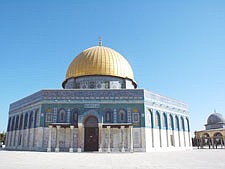 WASHINGTON—President Donald J. Trump seems to want war with Iran. Secretary of State Mike Pom-peo is beating the drum for war with Iran. National Security Adviser John Bolton is itching for war with Iran. Together they are orchestrating an all-too-familiar scenario to justify the use of U.S. military force against the Islamic Republic.

In 1846 U.S. forces falsely claimed they were attacked by Mexican forces inside U.S. territory. In retaliation the U.S. launched the Mexican-American War, seizing land from New Mexico to California, to Colorado, even to Utah. Have we forgotten the suspicious sinking of the USS Maine, the Navy ship which went down in the Havana Harbor in 1898, dragging the U.S. into the Spanish-American War?

An oil tanker is on fire in the sea of Oman, June 13. Two oil tankers near the strategic Strait of Hormuz were reportedly attacked on June 13, an assault that left one ablaze and adrift as sailors were evacuated from both vessels and the U.S. Navy rushed to assist amid heightened tensions between Washington and Tehran. Photo: AP/Wide World Photo

In 1962, a Pentagon plan called “Operation Northwoods” was hatched for the Central Intelligence Agency (CIA) to commit acts of terrorism against U.S. civilians to be blamed on Cuba, in order to justify an invasion of that country. In 1964 the White House committed “material misrepresentations” of the truth of what was known as the “Gulf of Tonkin Incident” in order to goad Congress into authorizing war with Vietnam. And of course, the convincing dramatizations of “Yellow Cake Uranium” and non-existent “weapons of mass destruction” were used to justify the U.S. invasion of Iraq in 2003.

The Trump administration is now stoking fear of a potential conflict with Iran. The president withdrew from the landmark Iran nuclear deal—the Joint Comprehensive Plan of Action—in May 2018. More recent-ly, National Security Adviser John Bolton asked the Pentagon to provide the White House with military op-tions to strike Iran.

In the latest incident, the Secretary of State said Iran was behind the attacks on two oil tankers in the Gulf of Oman June 13, implicating the nation in the second set of attacks on tankers in the region in two months. U.S. Central Command even released a video it says shows Iran removing an unexploded mine from one of the tankers it’s accused of attacking.

But the Japanese owner of the ship that was damaged denied that it was struck by mines as the U.S. claims, insisting instead that it was hit by “flying objects.” Yutaka Katada, president of the Kokuka Sangyo shipping firm that owns the Kokuka Courageous tanker, told reporters in Tokyo June 14: “The crew are saying it was hit with a flying object. They say something came flying toward them, then there was an explosion, then there was a hole in the vessel. Then some crew witnessed a second shot.”

Iranian Foreign Minister Mohammad Javad Zarif said the United States had “immediately jumped to make allegations against Iran—(without) a shred of factual or circumstantial evidence,” and he accused the Trump White House of “economic terrorism” and “sabotage diplomacy,” according to published reports.

“So it’s apparent that the United States is trying to execute a false flag operation and to throw dust in the eyes of international communities and make the international community feel that the Iranians are the aggressors when in fact it’s Washington that’s the aggressor,” Dr. Gerald Horne, professor of history studies at the University of Houston said in an interview.