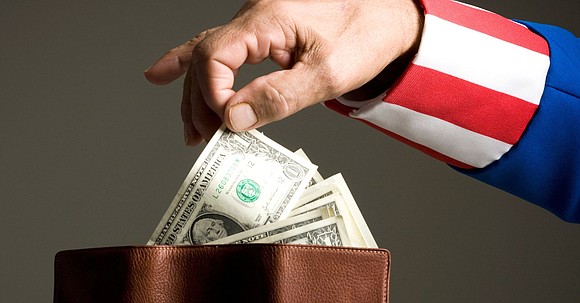 Did you ever have a rich uncle? You know, one that you always depended on to give the best gifts for birthdays and holidays? The relative you always thought you could depend on if you were in a financial bind? Or did you have a good-time Charlies in the family that were always spreading money around so you would like them? Most of the time, you enjoy the relationship and don’t take advantage of the connection. But there is always the one that wants to take advantage of the good fortune available. They hang around and look for the opportunity to comfortably benefit rather than seek their own fortune.

There is some measure that casts the City of Joliet in the role of that rich uncle. Why, you say? The most recent example would be the request from the Joliet Public Library Director Megan Millen. The request is for remodeling the downtown library which is located on Ottawa Street. It also has a closed entrance on Chicago Street. The building was first constructed in 1903 and was expanded to its current size in 1989. The library downtown could use a facelift, no doubt. It was commented at last week’s City Council Finance Committee meeting that as the third largest city in Illinois Joliet should have a modern library. Joliet does have a modern library branch and it’s less than 20 years old. The library branch is on Joliet’s far west side and it was built with a grant of $5 million from the City. By the way, the Joliet Library District is a separate taxing entity with its own levy. They now want an additional $6.5 million from Joliet to renovate the downtown library.

The former grant was possible in 2002 because the city was the beneficiary of gaming revenue that exceeded $30 million a year. At that time the City was on a spending binge that lasted about 15 years. There have been others who have sought the generosity of the Joliet municipal government. Recently, the nonprofit Joliet Area Historical Museum sought additional revenue and other City support for their prison tourist attraction venture. It was suggested that without the City’s support, the museum would have a difficult time meeting its obligations.

Many other so-called self-sufficient entities have requested City of Joliet funding. The Rialto Theatre has benefitted for many years from city grants. The Joliet Slammers would not exist without being heavily subsidized with services provided cost-free from the city and using an almost rent-free facility owned by the City of Joliet. There have been numerous other organizations, including public and private schools, that have sought and received, revenue from the City for their operations.

So, has Joliet become that rich uncle or is it just another good-time Charlie? The City has the responsibility to provide adequate police and fire protection, maintenance of its infrastructure, provide for drinking water resources, including wastewater treatment facilities, and many other municipal services it is obligated to ensure. The rest of it is just generous excess. The City can’t be the sugar- daddy for all of these other entities without increasing property taxes or cutting current expenses.

Joliet government needs to concentrate on its core responsibilities. The big issue in the next 10 years is where and how will Joliet secure a sustainable water source for the next 75 to 100 years. No matter what the answer to that question is you can be sure it will be very expensive. The idea of Joliet being the revenue source for everyone’s pet projects needs to stop.