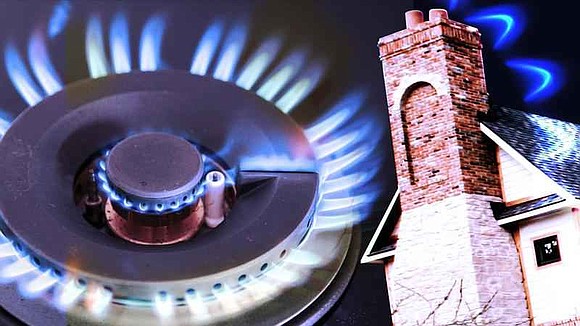 With ComEd’s electricity price (6.725 cents per kilowatt-hour) nearly 9 percent lower than last summer, area consumers are at heightened risk of rip-offs in the months before a historic Illinois law—one of the toughest in the nation—cracks down on dishonest sales tactics, the Citizens Utility Board (CUB) warned Tuesday.

In addition to issuing a consumer alert, the watchdog also released a free, 37-page online “Gas & Electric Guide,” at CUBHelpCenter.com, which educates consumers about their rights and shows how to spot bad deals hiding on their bills.

“This summer, Illinoisans face a buyer-beware market,” CUB Executive Director David Kolata said. “As alternative suppliers ramp up their summer door-to-door marketing campaigns, we are concerned that dishonest sales reps may be even more desperate to capture customers, knowing that ComEd’s new power price is hard to beat and tough new consumer protections are on the way.”

Customers in Northern Illinois can choose a company other than the regulated utilities to supply their electricity and gas. But the market has been plagued by bad deals and misleading sales pitches. Illinois Attorney General Kwame Raoul, who led the charge for stronger consumer protections in this year’s legislative session, says Illinois residents have lost more than $600 million with alternative electricity suppliers since 2015.

This past Friday, the General Assembly passed the Home Energy Affordability and Transparency (HEAT) Act—the most significant reforms in the history of Illinois’s competitive electric and gas markets. The HEAT Act would stop alternative suppliers from automatically renewing a contract from a fixed price to a high variable rate; eliminate exit fees; protect Low Income Home Energy Assistance Program (LIHEAP) funds from supplier overcharges; and require the utility’s price to be clearly displayed on alternative supplier marketing materials and utility bills. The act, one of the toughest laws of its kind in the country, is expected to be signed by Gov. J.B. Pritzker. It would take effect Jan. 1, 2020.

“The HEAT Act is a sorely needed crackdown on alternative suppliers, and we thank Attorney General Raoul for his leadership in getting those consumer protections passed,” Kolata said. “But this summer, before those improvements take effect, consumers have to protect themselves.”

Know the utility’s price. From June through September, ComEd’s power price is nearly 9 percent lower than last summer: 6.725 cents per kilowatt-hour (kWh). In this market, ComEd is likely your best bet.

*Don’t show your electric bill or account number to just anyone. A door-to-door marketer may ask to see your electric bill. Don’t do it, unless you are sure you want to change suppliers. An unethical sales representative could use that information to switch you to an alternative supplier without your consent—a scam called “slamming.”

*Watch out for high fees. Ask if the rate you are being offered has any fees tied to it—such as a monthly fee that will inflate the per-kilowatt-hour rate. CUB has seen monthly fees as high as $16.

Each year, CUB receives thousands of inquiries from utility customers, including many who have questions about alternative supplier offers or complaints about rates that are double or triple the utility price. While there are plenty of bad deals from alternative suppliers, CUB outlined good choices in the market.

*Energy efficiency. Illinois electric and gas utilities offer discounts/rebates on a wide range of efficiency upgrades. For example, ComEd offers a $100 rebate on smart thermostats, and the utility will pick up an old working refrigerator, recycle it in an environmentally responsible way, and pay the customer $50. ComEd estimates that its customers have cut their electric bills by $4 billion since 2008, thanks to the utility’s efficiency programs.

*Peak Time Savings. This no-cost program gives you a bill credit if you’re able to reduce energy usage for a limited number of hours on certain days (typically hot summer afternoons) when electricity demand is highest. An alternative to Peak Time Savings is Central AC Cycling. It gives you a monthly summer credit of $5 to $10 to let ComEd periodically turn your air conditioning compressor off for a certain amount of time on hot days. You may not notice a difference because your fan stays on to circulate already cooled air.

Hourly Pricing. This program charges a wholesale market price that can change hourly, compared with the traditional rate that only changes twice a year. Hourly Pricing encourages customers to put off heavy energy usage (laundry, for example) until prices are lowest—typically late night and early morning. Savings are not guaranteed, but Hourly Pricing has been saving participants an average of 15 percent on the supply side of their bills.