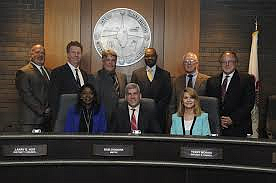 In a reversal of action, the Joliet City Council at its meeting this week decided to separate the duties of the interim city manager position from Marty Shanahan.

In a 5-3 vote, city council action is laying the groundwork for Joliet to begin a search for a new city manager. Voting no were Councilman Larry Hug, Councilwoman Jan Quillman and Councilman Terry Morris.

Shanahan has been assuming the role of interim city manager since last year when then-City Manager David Hales and the city decided to part ways.

Shanahan said there is a lot he loves about working for the city of Joliet and serving its citizens.

“There are countless great things happening in Joliet,” he said.

Shanahan was originally hired as corporation counsel by the city in 2015.

“As interim city manager and corporation counsel, I have provided benefit to citizens of Joliet in many ways, including both revenue increases and taxpayer savings, but I’ve also made some very tough decision along the way and I do not shy away from making tough decisions.”

The city has not been able to reach a consensus on how to proceed with finding and naming a permanent city manager since Hales’ departure.

Dozens of people packed the council chambers to find out how the city would proceed.

“All these people here, to me, I think is embarrassing, but I’m not a politician,” Shanahan said.

Several officials acknowledged the bad press the city had been receiving over this matter.

“I would ask this council if we couldn’t come to compromise, work together as a team—because that’s what we are,” Councilwoman Jan Quillman said. “Citizens elected us to run the city the best way we think is best.”

The city has a number of big projects to undertake in the coming months, which Quillman said could benefit from having someone in place that is familiar with what’s happening in Joliet.

Quillman suggested that the city table the vote.

“I don’t want a council wars,” Quillman said. ”That was years ago. I experienced some of that and believe me, it’s only bad for the city and sends a bad message to everyone.”

A motion to table the matter failed in a 2-6 vote. 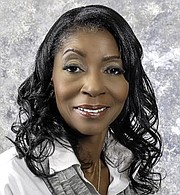 Mayor Bob O’Dekirk referenced a news article in which Council Pat Mudron is quoted on the topic of opening another search for a permanent city manager.

In that article, Mudron states, “I don’t know that they have any plans for anything.”

O’Dekirk said he wanted to know why he would make the comment referring to fellow councilmembers as “they” instead of “we.”

Mudron said he was referring to the councilmembers who were opposed to opening a search for a city manager. 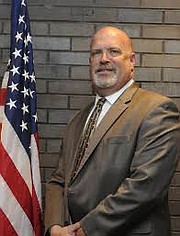 O’Dekirk pegged Mudron and Councilman Don “Duck” Dickinson as the ringleaders behind the city council’s decision to remove Shanahan as the interim city manager.

Councilman Larry Hug asked why Mudron and others did not push harder for a search in the months leading up to this week’s vote.

Several officials believe they still have not received an answer to that question.

Shanahan accepted the council’s decision and said he intends to apply for the job.

Deputy City Manager Steve Jones has been tabbed to fill in as interim city manager.