COMMENTARY: A Tale of Two Graduations 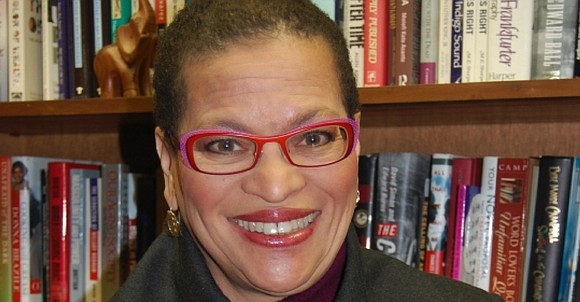 I love graduations! I thoroughly enjoy the sense of achievement and possibility that permeates the air. Graduations signify an ending, but the term "commencement" is used to signify beginnings since they are not only an opportunity to mark completion, but also to mark the beginning of a new chapter of life. In some ways, commencements, regardless of the college or university, with the pomp and circumstance, the ritual robes, the rousing speeches, the tearful families. The two commencements I attended during this graduation season shared those characteristics, but in many ways, they could not have been more different.

Dartmouth is located in bucolic Hanover, New Hampshire, miles away from anything that resembles an urban space (Boston is more than 2 hours away). Its student body is overwhelmingly white, with nonwhite students (which includes African American, Latin, Asian American, Native American, and others) representing less than 15 percent of the population. The cost of attendance at Dartmouth exceeds $60,000.

UDC an urban, land-grant HBCU, has several campuses, including a flagship campus in upper Northwest, DC and a community college not too far from Union Station. Its student body is predominately minority. Tuition at the flagship campus is a bit over $5000. Most UDC students are part-time students; most Dartmouth students attend full-time. The UDC student body is predominately female, while Dartmouth didn't admit its first women to the college until 1973.

While Congresswoman Waters was the commencement speaker at UDC, the cellist Yo-Yo Ma was the commencement speaker at Dartmouth. I'm not sure what my expectations were of the cellist, but he exceeded them! He delivered provocative and challenging remarks in a still, soothing voice, reminding students that they have a power that should never be abused. He challenged students to be human beings before they are professionals or careerists. Most interestingly, he urged stillness. He said, "Learn to listen to the voice in the wilderness. Learn to be the voice in the wilderness." What a message to give a group of young people who will easily earn six figures upon graduation, many headed to Wall Street, Silicon Valley, and the venture capital world! If I didn't know any better, the gentle Yo-Yo Ma could have been delivering a rebuke to the current inhabitant of the House that Enslaved People Built and the many other conformists who do not embrace the value of humanity. "Practice your humanity daily," the cellist said. He offered solid and stirring advice in an extremely graceless age. And then he played the cello.

While Yo-Yo Ma didn't mention the name of the cretin in the House that Enslaved People Built, Maxine Waters, calling for activism certainly did. Like Yo-Yo Ma, she encouraged students to find their voices. The fiery Congresswoman urged them to activism. She took on hypocrisy in tones far more strident than Yo Yo Ma's, but she was equally inspirational. And while Yo Yo Ma didn't tackle public policy much, Waters did, focusing on the oppressive legislation that has been characteristic of this administration.

The similarity in the two commencement addresses lay in the call for self-awareness, disruption, humanity, and focus. While many students don't remember their commencement speaker, it is unlikely that students at either UDC or Dartmouth will forget the speakers they experienced. And while the students are demographically different, one can hope that the call to "practice humanity" is one that will be heeded. It is, perhaps a sign of the times, that graduates have to be urged to practice humanity, but so much of our world is inhumane, placing profits over people, that the admonition is appropriate.

There are more than 4000 four-year colleges and universities in our nation. The students graduating from Dartmouth and UDC represent a small fraction of the total. The UDC students, many nontraditional, are more likely to shoulder student debt than the Dartmouth students. But both sets of students will face challenges, and both have the responsibility, as Maxine Waters urged, to find a cause and tackle it. And, in the words of Yo-Yo Ma, to "practice humanity."

Julianne Malveaux is an author and economist and an NNPA Newswire contributor.