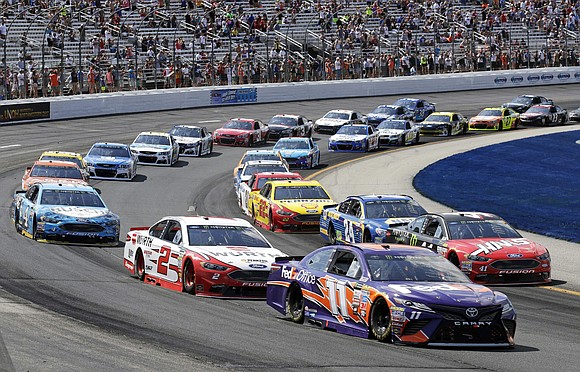 As the Ultimate NASCAR Summer Festival Weekend rapidly approaches, Chicagoland Speedway would like to remind racing fans of the variety of entertainment activities taking place as June 27-30.

The top stars in barbeque move in and start cooking on Friday before the green flag waves over the NASCAR Gander Outdoors Truck Series Camping World 225. Stop by the Lower Ridge Camp Ground and watch as celebrity chefs prepare chicken, ribs, pork and brisket for the BBQ SmokeDown, a Kansas City Barbeque Society (KCBS)-sanctioned competition. The barbequing continues on Saturday, but this time, the fans can throw their names in for the Burger Battle. The fan with the best burger will be crowned on Saturday evening at the campground stage.

Fans who purchase an Infield Fan Zone Pit Pass will now be granted exclusive access to a special viewing area within the Monster Energy NASCAR Cup Series Garage that features the top 12 Cup drivers' cars, access to the tech inspection and much more. Fans will have access to the garage area during select times on Saturday and Sunday. Fans can enjoy a place to rest and cool off in the new Portacool Chill Zone, featuring several cooling units, lounge chairs, and shade in the Fan Zone as well. A Fan Zone Pit Pass experience includes the opportunity for live driver special Q&As, front-and-center access to the drivers' red carpet walk, up front access to the pre-race concert with Lee Brice and photos in Gatorade Victory Lane.

Country music singer and song writer Lee Brice will kick off the Monster Energy NASCAR Cup Series Camping World 400 with a performance on Sunday, June 30 at 12:15 p.m. following fans' "Parking Lot Parties." The Camping World 400 pre-race concert is presented by New Country, Chicago's BIG 95.5. Brice has achieved Gold and Platinum status on every album and single released. His hits include "A Woman Like You," "Love Like Crazy," "Hard 2Love" and "I Don't Dance." Lee's new single "Rumor" is out now and follows "Boy," the debut song from his fourth studio album, Lee Brice.