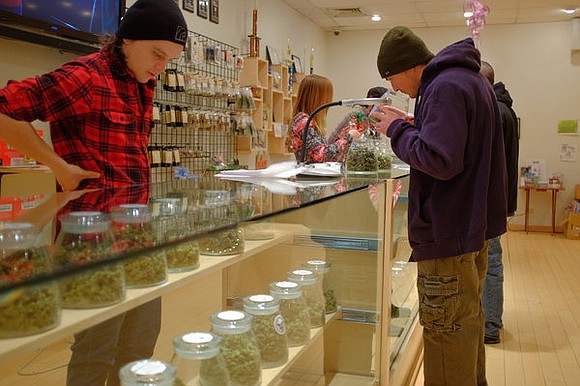 Lawmakers sponsoring legislation to legalize adult-use cannabis in Illinois released a study showing that demand is likely to far exceed what the state's existing licensed growers can supply.

The study, commissioned by State Senator Heather Steans (D-Chicago) and State Rep. Kelly Cassidy, found that demand could rise as high as 550,000 pounds of cannabis per year, highlighting the need for Illinois to expand its existing medical cannabis market to both meet demand and to diversify, allowing for the participation of more minority business owners.

"For generations, government policy of mass incarceration increased racial disparities by locking up thousands of individuals for marijuana use or possession," said State Senator Toi Hutchinson (D-Chicago Heights), the legislation's chief co-sponsor in the Senate. "Now, as we are discussing legalization, it is of the utmost importance that we learn from these mistakes and acknowledge the lingering effects these policies continue to have in neighborhoods across this state. No conversation about legalization can happen absent that conversation."

The study, performed by the consulting firm Freedman & Koski, examined the current adult-use market in Illinois and concluded that the existing industry could only supply between 35-54 percent of its demand.

"We're not just trying to add diversity because it looks good. It's not just diversity for diversity's sake. It's for equity's sake; equity includes economics, it includes criminal justice," said State Rep. Jehan Gordon-Booth, who is the chief co-sponsor of the legislation in the House. "We're talking about specific communities that need to be made whole. When this is all normal and nice and people are making money, we will not have succeeded if black people and other people of color are shut out."

A clearer picture of demand also provides a better estimate of revenue; based on the study's results, Illinois could expect approximately between $440,000 and $670,000 annually, not including the excise tax imposed on cannabis cultivators.

"While we should not expect cannabis sales to be a one-stop solution to Illinois' financial woes, it is encouraging to see evidence that we are on the brink of establishing a thriving, robust industry to meet the demands of many Illinoisans who have until now been turning to the criminal market," said Steans, the legislation's Senate sponsor. "Prohibition does not work, and legalizing adult-use cannabis will bring those sales into the light and meet an obvious demand among the people of our state."

The study cautions that initial regulatory costs will keep legal prices above illicit market prices, leading some consumers to continue making illegal purchases. Within the first few years, however, initial regulatory costs will decrease; economies of scale will push prices down; and the regulated market will capture or displace the criminal market, according to the report.

"It is important that we work together to establish an adult use cannabis market that works for everyone," said State Rep. Kelly Cassidy, the legislation's House sponsor. "We're contemplating additional license categories such as craft cultivation, transportation and processing to ensure that everyone is at the table. These will create space for more innovation and entrepreneurship in the industry, but more importantly, provide opportunity for more diversity in an industry with a pressing need for it."