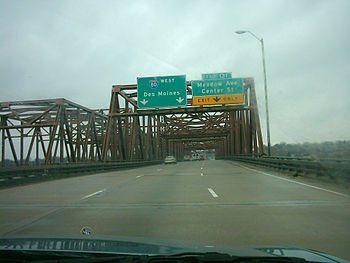 Responding to reports that the Des Plaines River Bridge has been rated in critical condition, state Rep. Larry Walsh, Jr., D-Elwood, stressed that the state is taking this situation very seriously.

"The dangerous situation at the Des Plaines River Valley Bridge could quickly become a matter of life and death for motorists," Walsh said. "IDOT has been inspecting the bridge every three months and there is $5 million set to come in as early as next month to repair the bridge."

The bridge inspection done by the Illinois Department of Transportation (IDOT) referenced by Walsh lists any infrastructure below a score of 80 as 'deficient.' It has been previously reported that IDOT has been inspecting the bridge twice a year and the project to rebuild the bridge is still in the study phase. However, given that the bridge handles on average 42,000 vehicles everyday with an ever-increasing amount of freight traffic, IDOT has step up its safety inspections on the bridge and is sending money for emergency repairs.

Walsh for his part, plans to use his position as the Vice Chair of the House Appropriations Capitol Committee and as member of Transportation for Illinois Coalition to push for a faster timetable to replace and upgrade the deficient bridge. Additionally, Walsh has reached out to his colleagues on the House Transportation: Regulation, Roads & Bridges Committee to have a subject matter hearing on the bridge. The public hearing will be held on March 19 with state and county officials familiar with the bridges condition testifying on what's being done, planned and or still needs to be accomplished to make sure the bridge is safe to use.