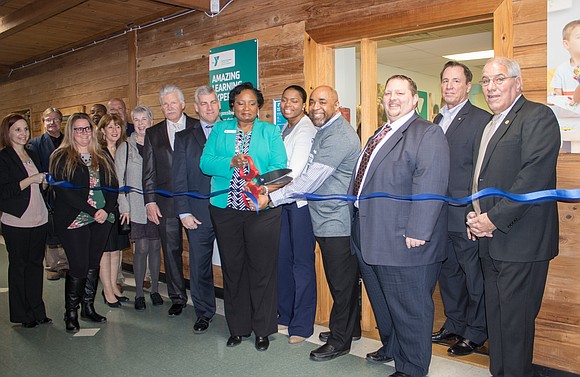 The Smith Family YMCA opened its new preschool enrichment center on Monday, March 11, at its 1350 S Briggs Street location in Joliet. Better known as Kids Corner around the YMCA, the playroom provides an improved child watch area and program space for the YMCA, which specializes in youth programming. Child watch will be available during designated hours for YMCA Facility Family Members with children between 6-months and 7-years-old.

Joliet Township Government generously provided funding for the playroom, covering everything from renovation costs to design and décor to games and toys.

A celebratory ribbon cutting was held Monday to commemorate the grand opening. Executive Director Donnie Chestnutt emceed the event, which included YMCA leadership, staff, members and partners, as well as government officials and other special guests. Joliet Mayor Bob Odekirk and State's Attorney James Glasgow both attended. Glasgow gave brief remarks, speaking to the importance of the YMCA and the organization's role in shaping the lives of youth in the Joliet community.

Through its commitment to youth development, the Smith Family YMCA nurtures the potential of every child and teen through programs like before and after school Kid Zone and summer day camp. To learn more about youth programs at the Y, visit jolietymca.org.