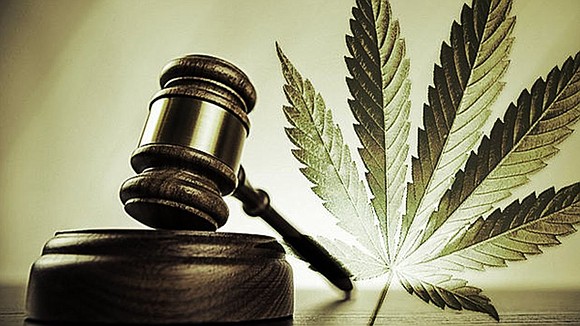 Last year, the legal medical marijuana industry in Illinois took in $136 million in revenues. Federal and state banking regulations, however, mean most marijuana businesses are operating on a cash-only basis. State Senator Toi Hutchinson (D-Chicago Heights) joined with Illinois Treasurer Mike Frerichs this morning in passing a proposal out of the Senate Financial Institutions Committee that would help address the issue.

"Right now, we have an existing legal medical marijuana program that is being affected by these outdated banking regulations," Hutchinson said. "These are issues that these businesses are dealing with right now. While there are conversations on whether to legalize recreational marijuana sales, regardless of the outcome of that legislation, we still must address the barriers facing medical marijuana companies." Hutchinson's proposal - contained in Senate Bill 2023 - would prohibit the Secretary of Illinois' Department of Financial and Professional Regulations (IDFPR) from issuing an order against, penalizing or discouraging financial institutions from providing financial services to cannabis-related businesses.

"Our hope is that by passing this legislation enough banks and credit unions will get involved so that legal marijuana businesses don't have to operate on a cash-only basis," Treasurer Frerichs said. "When these businesses operate in cash, they make themselves a target for criminal activity, fraud and tax evasion." Senate Bill 2023 passed the Senate Financial Institutions Committee this morning without opposition and will now head to the Senate floor for further debate.