To commemorate Brown, support our teachers 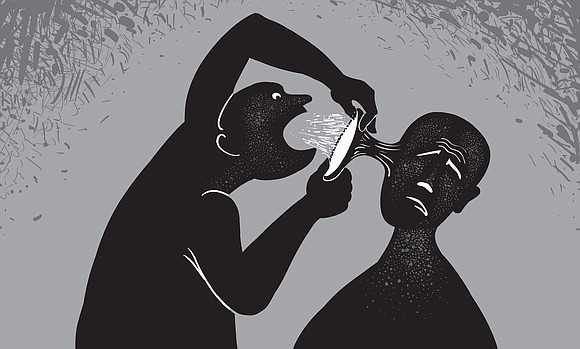 Sixty-five years ago, the Supreme Court ruled, in the Brown v. Board of Education case, that the Plessy v. Ferguson (1896) doctrine of "separate but equal" was unconstitutional. That ruling ended legal segregation in public facilities, but it did not necessarily accomplish its goals in terms of school desegregation. Indeed, Richard Rothstein, the historian who is a Distinguished Fellow at the Economic Policy Institute and at the University of California, Berkeley School of Law, wrote that in 2014, Black students are "more racially and socioeconomically isolated" than at any time since 1970, when this data was first available.

After Brown passed, there were some integration gains, through bussing and magnet schools, but the South resisted Brown because a second case ordered desegregation "with all deliberate speed," which was a euphemism for taking your sweet time. I attended a segregated school in Moss Point, Mississippi in 1969, fifteen years after the passage of Brown v. Board of Education. In 2016, Cleveland, Mississippi finally closed its segregated Black high school and renamed Cleveland High School, the white school, Cleveland Central High School.

Now, the district is in court because a young Black woman was denied the salutatorian honors she earned so that a young white man, with a lower GPA, could have the honor. Yes, the Brown v. Board of Education case made history, but it was an imperfect tool to tackle racial inequities in the public school system, mainly because these inequities are anchored in residential patterns and funding sources. When schools are funded with property taxes, those who live in wealthier districts will simply have better education, perpetuating inequalities.

It has been trendy to blame teachers for unequal education outcomes, even as these teacher's responsibilities expand with increased regulation, test-taking, and unrealistic requirements around engagement with parents and others. A school district in South Carolina, for example, requires that teachers respond to parent emails within 24 hours. The burden of one teacher's 10-12-hour days became so onerous that she quit her teaching job in the middle of the school year. Many questioned her commitment to children, but she fought fiercely to maintain her sanity and some semblance of a quality of life.

Teaching is not supposed to be trench warfare. It is supposed to be joyful for both students and teachers. There is nothing more gratifying than to watch children gleefully grasp a concept, read a page, solve a math problem, or give a speech. But that sense of gratification is diminished when bureaucracy chips the joy away, or when a teacher has to take on outside work to pay her bills.

Teachers have made national headlines as they seek supplemental income, driving Uber or Lyft, moonlighting as food servers, taking on side jobs as tutors, and living two or three in an apartment meant for one to save money. Those who teach really have to want to do it – they earn about a quarter less than their counterparts who have the same education, according to the Economic Policy Institute. We have been underpaying teachers for at least the last two decades!