Despite dreams of prosperity, many African Americans not financially Ready to Retire 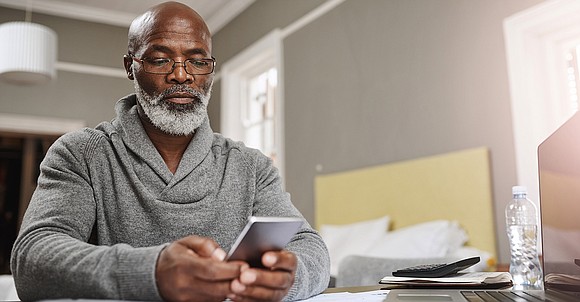 Unfortunately for most African Americans, even the most sophisticated planning tools lead to the same result: retirement has fast become a pie-in-the-sky dream.

African Americans fall short on executing life-changing measures such as accumulating wealth, being better prepared for retirement and building up savings.

According to the American Family Study, 84 percent of African Americans believe the American Dream means financial security; 78 percent in not living paycheck-to-paycheck; and 77 percent in owning a home.

However, based on the study, many African Americans don’t have tangible assets needed to make those goals happen now.

The study revealed a disconnect between African Americans’ financial situations and their hope toward the future.

Some key findings from the survey:

• Outside of retirement accounts, only 37 percent of African Americans own wealth-building products such as stocks and mutual funds.

• Only 35 percent believe they are doing a good job of preparing for retirement.

• 58 percent are actively involved in educating their children on finances versus 48 percent of Caucasians. Forty-percent rely on family members for information

“At the same time, it sheds light on the financial struggles and inequities that the African American community continues to battle,” Taylor said.

“Those contradictions indicate a need for greater financial education and discipline for the whole family to achieve economic success. In fact, the biggest financial regret expressed by respondents was that they wished they had started saving and investing sooner,” he said.