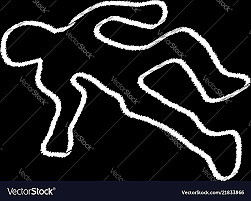 93 percent of Black homicide victims in Illinois were killed with guns thetimesweekly.com

The annual study, Black Homicide Victimization in the United States: An Analysis of 2016 Homicide Data, ranks the states according to their black homicide victimization rates. It is based on unpublished data from the Federal Bureau of Investigation (FBI) Supplementary Homicide Report (SHR). The study details homicide rates for 2016, the most recent year for which comprehensive national data is available. Prior to 2016, Chicago and Rockford were the only Illinois reporting jurisdictions that submitted homicide data for inclusion in the FBI Supplementary Homicide Report. Beginning in 2016, all Illinois law enforcement agencies were required by state law to submit homicide data for inclusion in the SHR.

This is the 13th year the Violence Policy Center has released the study. “The devastating and disproportionate impact homicide, almost always involving a gun, has on black men, boys, women, and girls in America is a national shame,” states VPC Executive Director Josh Sugarmann. “These deaths devastate families, traumatize communities, and should provoke an outcry for change. The goal of our research is to help educate the public and policymakers, spur action, and aid community leaders already working to end this crisis.”

Mark Jones, senior policy advisor for the Illinois Council Against Handgun Violence (ICHV), states, “Too many families in the black community know the pain of losing a friend, family member, or partner to gun violence. Often, this violence is caused by a firearm that was transferred to a person without even performing a background check because the states surrounding Illinois, in particular, Indiana, continue to allow guns to be bought and sold without background checks. Until this conduit of guns is closed by expanding background checks at the federal level, communities of color in Illinois will continue to be disproportionately impacted by the flow of guns into our state.”

“As gun violence continues to take its toll on Illinois and Black communities across the state, it is time for policy makers to take action,” states Kathleen Sances, managing director of the Gun Violence Prevention Education Center (G-PEC). “That’s why we’re standing behind the Fix the FOID Act, SB 1966, that looks to address loopholes in the state’s gun licensing system.”

The 10 states with the highest black homicide victimization rates in 2016 are detailed in the table below.

· For homicides in which the victim to offender relationship could be identified, 70 percent of black homicide victims (89 out of 127) were killed by someone they knew. Thirty-eight were killed by strangers.

· For homicides in which the circumstances could be identified, 88 percent (450 out of 514) were not related to the commission of any other felony. Of these, 11 percent (51 homicides) involved arguments between the victim and the offender.

For the entire UNITED STATES, the study finds that in 2016:

· For homicides in which the victim to offender relationship could be identified, 75 percent of black victims (2,297 out of 3,054) were killed by someone they knew. The number of victims killed by strangers was 757.

· For homicides in which the circumstances could be identified, 71 percent (3,051 out of 4,315) were not related to the commission of any other felony. Of these, 48 percent (1,470 homicides) involved arguments between the victim and the offender.

In addition, individuals living in communities where violence is prevalent are at higher risk for a broad range of negative health and behavior outcomes. An increased understanding of how trauma resulting from community violence influences development, health, and behavior can lead to improvements in the way many social services are delivered as well as policy changes at the local and federal levels. For more information, see the July 2017 VPC study The Relationship Between Community Violence and Trauma: How Violence Affects Learning, Health, and Behavior

The FBI data includes incidents reported as justifiable homicides of black victims killed by law enforcement. Nationwide, there were 116 such incidents reported in 2016. The data does not specifically identify killings by police that are not ruled justifiable. In December 2015, the FBI announced that it would dramatically expand its data collection on violent police encounters by 2017. In October 2016, the U.S. Department of Justice outlined a plan to improve the collection of law enforcement use of force data.

The Violence Policy Center is a national educational organization working to stop gun death and injury. ) is the oldest and largest statewide organization in the U.S. working to prevent the devastation caused by firearms. Founded in 1975 by four suburban Chicago women concerned about the tragic consequences of handgun proliferation and availability, ICHV works on a variety of fronts to educate, raise public awareness, and build coalitions to enact change in laws and behavior. For 40 years, ICHV has been a leader among state gun violence prevention groups.

The Gun Violence Prevention Education Center works to educate the public about the problem of gun violence in Illinois and the evidence-based solutions that will save lives. We do so through public education, outreach, coalition building and advocacy.