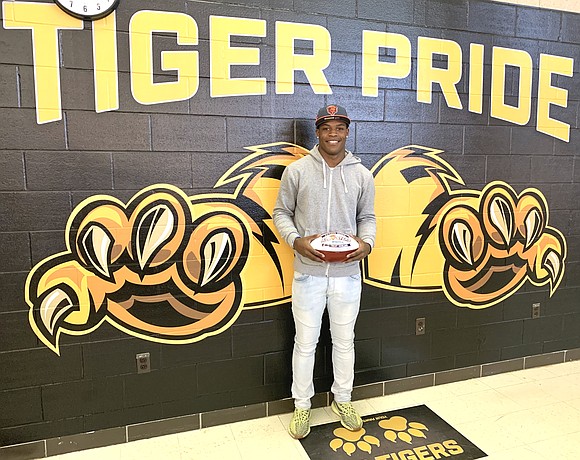 Howland will be invited to the Bears vs. Kansas City game on Sunday, Dec. 22, and will join his fellow “High School All-Star” honorees, respectively, for a pregame photo on the field. They will each also receive a framed certificate signed by Bears general manager Ryan Pace, head coach Matt Nagy and NFL Commissioner Roger Goodell. The “High School All-Stars” program is sponsored by Athletico Physical Therapy.

Each week for nine weeks, an outstanding high school football player was selected through the Bears “High School All-Star” program. Each of the nine players have the opportunity to direct a $500 monetary donation to the youth football program of his choice. The nomination criteria for the program includes on-field performance, community involvement and good sportsmanship. Deserving high school players are nominated by a panel of local prep authorities and the winning player is selected each week.

JTHS congratulates Trent Howland on his success and cheers him on in his academic and athletic high school career.