How do we keep our democracy healthy? 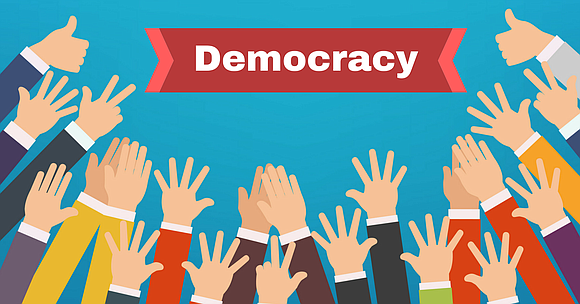 Representative democracy is based on a simple premise. It’s that ordinary citizens can judge complex public policy and political issues or at least grasp them well enough to decide who should be dealing with them.


But the significance of that premise isn’t simple at all. It means that our country’s future depends on the quality of democratic participation by its citizens. So, in an era when our democracy appears to be under great stress, what must we do to keep it healthy? Here are some steps I think we need to take.

First, we have to protect our elections. It’s clear that malign actors want to hack them or at least influence them. In the past we tended to assume that our elections were fair and accurate, but we can’t take that for granted any more. This also means ensuring the independence of the judicial branch, which is critical to protecting the integrity of elections, and of the media and sources of fair, unbiased information.

Second, we need to expand our democracy in appropriate ways and fight efforts to restrict the vote. Plenty of politicians want to handicap or exclude voters they don’t like, and this sort of manipulation of our system is as big a threat to its integrity as outsider’s attempts to hack it.

Third, keeping money’s role in elections within bounds is crucial. Money will always have a place in elections, but we need to keep it from disproportionately affecting voting outcomes.

Organizations that urge their members to vote play an important role, too. They’re special interests, of course, but that’s what it means to live in a pluralistic society. The more different groups are active, the more diversity you get in office and the better the representation for the entire population.

Individual participation also matters, which is why civic education is vital. We need always to be mindful about how we teach and encourage people to participate through efforts to educate and register voters, citizen-led advocacy, and the like.

When Lincoln wondered at Gettysburg whether a nation so conceived and so dedicated can long endure, it wasn’t just a rhetorical question. It’s an undecided one, and each generation has to answer it. Just because we’ve come through the challenges of days past doesn’t mean we’re destined to now. We need to pay attention and do our part to keep our democracy healthy.