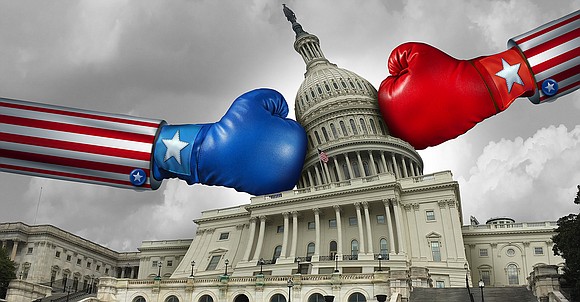 “Courts are more likely to side with Congress in the exercise of its Article I power to investigate an impeachment than when they are engaged in regular oversight.

“And, perhaps most importantly, impeachment exists in the Constitution to be a deterrent to unconstitutional, criminal or illicit behavior by presidents, judges and other government officials,” he said.

Impeachment is the ultimate backstop for the constitutional separation of powers and Congress’s co-equal role in the constitutional design, according to Nelson. Impeachment, even if the Senate does not vote for removal, should act as a deterrent not just to Trump but also to future presidents of both parties, he said.

“To not open an impeachment inquiry given the gravity of the most recent allegations against the president is to give him, and all future presidents, vast, unchecked power to ignore the Constitution, the other branches of government, and the public interest,” stated Nelson.

So, what’s the process to impeach the president?

Historian and radio show host Michael Hart said it begins when one member of the House drafts articles of impeachment against an elected official.

Impeachment is the same as an indictment in U.S. criminal courts.

Following the drafting of the articles of impeachment, the Speaker of the House decides whether to entertain the idea by convening an impeachment committee.

“This is done to discuss the merits the merits of the charges – and there could be many – and determine if support for the move is there,” Hart stated.

If the charges rise to the height of impeachment – as determined by the Speaker and under advisement from other caucus members, a formal declaration of impeachment is drawn, and hearings begin.

After the hearing, Congress decides whether to vote on impeachment.

If the vote succeeds, the Senate then must determine whether they will act.

“A little-known fact is that the impeachment of a president can be originated by a senator – but that senator would have to find a House member to sponsor and bring forward the call to the House,” Hart said.

Despite little chance of success, members of the House have used or considered impeachment as a way to taint a president, Hart noted.

“It’s a public condemnation, although it can be a risky one,” he said.

It can also bring forth needed facts, something Democrats and a growing list of other observers said is necessary for the current administration.

“An impeachment process is a viable option for the current House of Representatives given that the hearings will force several people in or close to the Trump Administration to testify before Congress under oath,” said D. Gilson, a writer who has taught popular cultural studies.

Waters added that when coupled with Trump’s already shady history, there’s more than enough evidence for Congress to launch an impeachment query.