Lyric Opera Chicago opens with The Barber of Seville 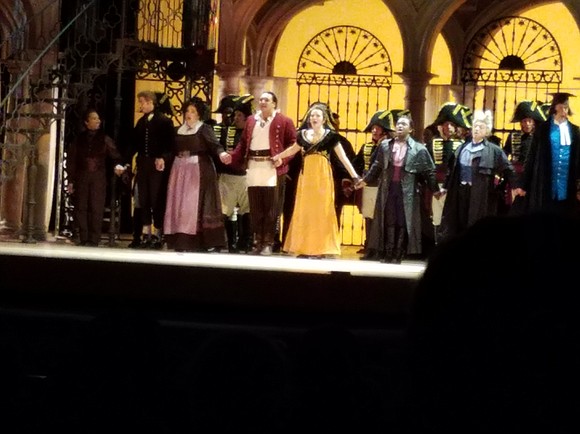 Lyric Opera of Chicago opened its 2019-2020 season with a sure audience pleaser, Fioachino Rossini's The Barber of Seville. Featuring an all-star cast of some of opera's current giants, the production with Revival Director Tara Faircloth and Conduct and Lyric Music Director Sir Andrew Davis at the helm, was everything that a comic opera should be and more.

In this production, all of the main characters were in their best possible voice, starting with Count Almaviva, brilliantly portrayed by opera veteran Lawrence Brownlee, a favorite on the Lyric and many other international opera stages. Marianna Crebassa lent her silver-throated voice and superb acting ability to the pivotal role of Rosina and the versatile Alessandro Corbelli stole every scene he was in as the delightfully wacky Dr. Bartolo. Krzysztof Bqczyk as Don Basilio, Eric Ferringb as A Sergeant, Mathilda Edge as Berta and Christopher Kinney as Fiorello, all in their Lyric debuts, were proof positive that only the best grace the stage of the Ardis Krainik Theatre. Performances continue through Oct. 27. Visit lyricopera.org. for tickets and performance times.