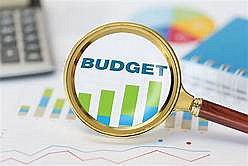 The City of Joliet fiscal year runs from January 1 to December 31. Every year the city manager submits a recommended budget to the City Council for approval. Of course, each department is expected to live within that budget barring any unforeseen events. The budget is usually adopted sometime in December. Usually by October the budget is coming together for presentation to the City Council in November.

It’s probably too early to speculate on any increase in property taxes, but we do know that the Will County Supervisor of Assessments sent out a notice in August regarding the 2019 Quadrennial Assessment for property tax. Most properties show an increased assessment value. The City of Joliet will set the property tax rate accordingly. Even if the tax rate is lowered, it doesn’t mean property taxes will decrease. It usually doesn’t work that way. Property taxes account for about 20 percent of Joliet’s revenue.

The largest portion of the City’s budget, approximately 80 percent, is determined by personnel costs. Included in the budget is the amount of overtime each department is allotted. With the exception of the police and fire departments, most of the City’s departments normally stay within their overtime budgets. Doesn’t look that way this year. The City has about four and a half months to go in the budget year and has already spent more than 90 percent of the total overtime budget.

Overtime expenses in the police and fire departments exceed the budgeted amount almost every year. This year all city departments, with two exceptions, are exceeding the overtime budget. City workers must really be overworked. The finance department, for example, is 190 percent over budget. Even the interim City Manager has managed to get some overtime and he’s on salary, not hourly wages. The two departments that are under budget are Planning and Neighborhood services departments. Why would Bicentennial Park and Union Station need employee overtime?

One last thing…the City Council’s Legislative Committee is meeting October 10 to review some proposed changes to the rules regarding the public’s right to address meetings open to the public. According to a summary of the Ordinance changes being considered “the right to address a public body is not without limits.” According to the summary, speakers are sometimes repeating themselves at the various public meetings held at City Hall. The new rules will not allow any applauding, cheering, or booing. How will the public body know if the statements being spoken are worthy of their attention?

The new rules also combine “citizens to be heard” into one group. There will no longer be citizens addressing non-agenda items at the end of a meeting. “Citizens to be heard” will be at the beginning of the meeting so that the public body can consider the public comments given. The proposed rule changes will allow you to address anything you want but only for four minutes. The proposed changes also only allow citizen comments at a meeting a combined total of 60 minutes at a regular City Council meeting. Only 30 minutes are allowed if it’s a Pre-Council meeting.

The changes will require all speakers to sign-up before they reach the podium. It will no longer be first come, first served. Speakers will appear in the order they signed up. If the time limits dictate no more speakers, then comments can be submitted in writing.

Yep, those are some of the newly proposed rules regarding public comment. No more cheering and stomping for your favorite speakers and topics. No more repeating or duplicating the thoughts of the previous commenters. The new rules will allow meetings to be conducted with efficiency and decorum according to the proposed rule changes.

Am I missing something or are we being told to sit down and be quiet?

We all understand the polite way to conduct ourselves in the public forum. The proposed public speaking rules seem like a solution looking for a problem. But then I am a First Amendment sort of person.