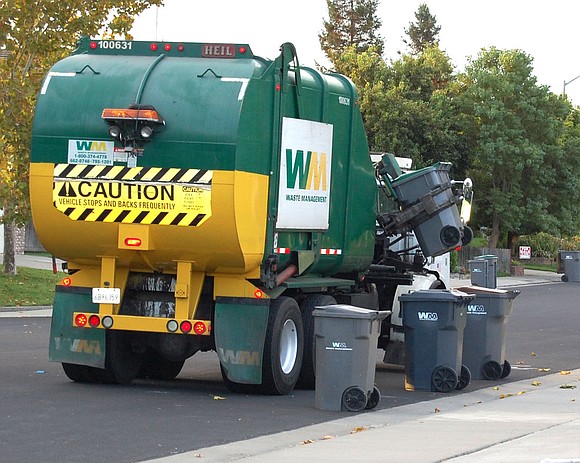 Trick-or-Treating Hours & Early Garbage Pick Up for Thursday, October 31 In order to be off the street in time for the festivities, Waste Management will begin their garbage, recycling and yard waste pick-up at 6 a.m. instead of the regularly scheduled 7 a.m. on Thursday, Oct. 31.