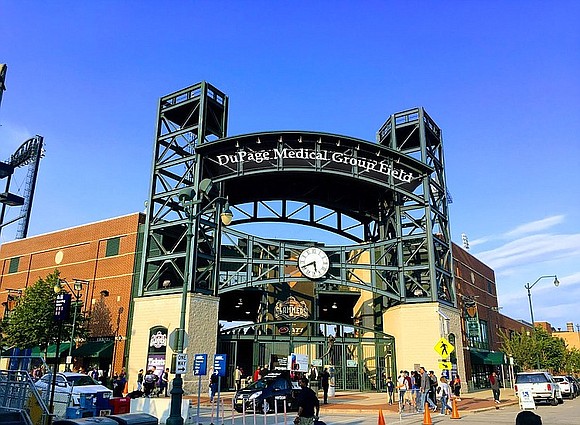 Early Fall is the time of the year when all of the major professional sports are being played simultaneously. Professional and college football dominate the airways, but basketball, hockey, and soccer are also being played and of course baseball is winding up their season. It’s questionable if baseball is still America’s pastime, but the World Series begins this week and that usually generates some interest even if the hometown team (Chicago) isn’t in it this year.

A few weeks back our Joliet hometown baseball organization made its annual report to the city, and touted a successful season. Not on the baseball field mind you, but attendance was up and, apparently, they had many more events, besides baseball, that took place in the stadium than in previous years. That’s because the owners of the baseball stadium, Joliet taxpayers, spent a few million dollars in upgrades to the stadium in order to provide a better experience and allow more diversified events.

Last week the Frontier League announced a merger with the Can-Am league to form a new 14-team league. The new league will retain the Frontier League name. Both leagues have lost teams for various reasons over the last few years. The Frontier League last had 14 teams in 2012. They had only 10 teams last year. The River City Rascals, who won last years play-offs, ceased operations in August of 2019 leaving only nine teams in the league before the merger. The union with Can-Am brings five teams to the new league.

In conjunction with the new League, the Slammers released the 2020 game schedule this week. They will play 48 home games beginning May 15 and ending September 6. Playoffs will begin September8 and last approximately two weeks.

Unfortunately, the Slammers organization’s success in the city-owned ballpark doesn’t equate to a financial gain for city revenues. The City of Joliet gets $70,000 annually from rent and, going forward, will also receive a share of naming rights revenue from a new secret agreement inked last year by the Slammers organization with DuPage Medical Group. The City spends between $300,000 to 500,000 annually in maintenance costs and other expenditures connected with the stadium operation.

Contrast the Slammers tenure with that of league rivals, the Schaumburg Boomers, in a similar size venue. They shared a stadium partnership with the Schaumburg Park District until this last week. The Park District proposed a buyout of their share that was accepted by the Village of Schaumburg for one million dollars. That’s right, the Schaumburg Park District is paying $1,000,000 to get out of the ballpark business. Annual maintaince costs to the district run about $250,000 although they do receive a share of the revenue received from the Boomers as a tenant. According to the Schaumburg 2019 budget document, the Village receives about $575,000 in revenue from the Boomers organization, and that’s without any naming rights contract.

One last thing…the State of Illinois released a list of infrastructure projects that are part of the $45 billion plan signed by Illinois Governor J. B. Pritzker last June. The largest project to be funded in the infrastructure plan is the $848 million reconstruction of Interstate 80 through Joliet. Only about 20 percent of the planned six-year funding is being released at this time. Most of the projects being funded now are small. One of the largest projects is land acquisition for the South Suburban Airport in the amount of $22.7 million.

Another large project being funded is already completed. Joliet Junior College is receiving $19.8 million for the construction of the downtown City Center Campus. The promise of the funds had been on the books for over 20 years, but JJC got impatient and went ahead with the project without the promised funding. Question now is will they reduce tuition and fees that were raised over the last ten years to help complete the project.

Thomas Jefferson once said” Never spend money before you have it”. He must have said that before he became involved with government.