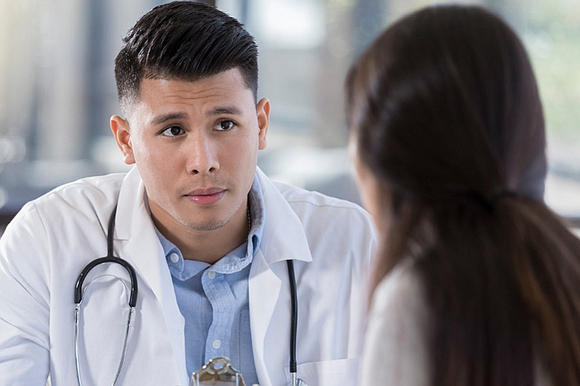 Federal Refusal-of-Care Rule Would Allow Businesses and Individuals to Refuse to Provide Health Care Based on Their Own Religious, Moral, Ethical Beliefs.

In a motion for summary judgment filed with the United States District Court for the Southern District of New York, Raoul and the coalition seek to block the federal refusal-of-care rule. The rule seeks to expand the ability of businesses and individuals to refuse to provide vital health care services on the basis of a business or an employees religious beliefs or moral convictions.

This rule allows providers to discriminate against marginalized populations that deserve access to quality health care, and nothing should stand in the way of someone right to receive the medical care they need, Raoul said. I am committed to fighting discrimination wherever it occurs and protecting the right of all individuals to exercise autonomy over their health care.

The Department of Health and Human Services (HHS) initially proposed the rule in January 2018 to expand the ability of businesses and individuals to refuse to provide necessary health care on the basis of their religious beliefs or moral convictions. A coalition of attorneys general from around the nation, including Illinois, immediately submitted a comment letter to the administration urging that the rule be withdrawn. In May 2019 after the rule was adopted Raoul and the coalition filed a lawsuit against the administration arguing that the rule would fundamentally increase the number of reasons and ways Americans across the country could be denied essential health services. In June, Raoul and that same coalition sought a preliminary injunction to prevent implementation of the rule. In response to this preliminary injunction motion, HHS pushed back the rules original implementation date of July 2019. The coalition is asking the court to hold that the refusal-of-care rule violates federal statutory law and the U.S. Constitution.

The lawsuit alleges that the final rule, if implemented, would undermine the delivery of health care by giving a wide range of health care institutions and individuals a right to refuse care, based on the providers own personal views. The rule drastically expands the number of providers eligible to make such refusals, ranging from ambulance drivers to emergency room doctors to receptionists to customer service representatives at insurance companies. Additionally, the rule makes this right absolute and categorical, and no matter what reasonable steps a health provider or employer makes to accommodate the views of an objecting individual, the provider or employer is left with no recourse if that individual rejects a proposed accommodation.

Under the rule, a hospital could not inquire, prior to hiring a nurse, if that individual objected to administering a measles vaccination even if this was a core duty of the job in the middle of an outbreak of the disease. A doctor could also refuse to assist a woman who arrived with a ruptured ectopic pregnancy. Businesses, including employers, would be able to object to providing insurance coverage for procedures they consider objectionable, and allow individual health care personnel to object to informing patients about their medical options or referring them to providers of those options. The devastating consequences of the rule would fall particularly hard on marginalized patients, including LGBTQ+ patients, who already confront discrimination in obtaining health care.