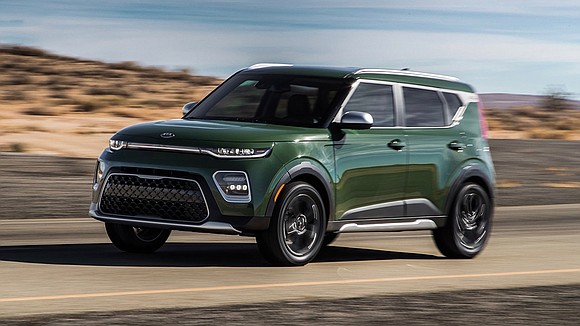 Kia starting rolling out its models for 2020 recently and there were two new lines. We had the 2020 Soul X-Line; a more or less basic model. But basic does not mean what it used to years ago.

First, the Soul mystique was present. The test vehicle had that squared look with that slightly slanted roof that makes the Soul look as though it was cutting through the wind.

Under the hood was a 2.0-liter four-cylinder engine that made 147 horsepower and 132 pound-feet of torque. It was mated to what Kia called an Intelligent Variable Transmission, the automaker’s in-house version of a continuously variable transmission.

This combination gave the car plenty of power. It was smart, snappy and it had a little oomph. What’s more, we were hard pressed to tell that the transmission was a CVT of sorts. The Soul X-Line was a pleasure to drive it featured body cladding; overfenders for a chunkier look, offroad-inspired accents, unique 18-inch alloy wheels, roof rail inspired accents, optional two-tone paint (ours was white) and fog lights.

In some sense, it was a throwback. This Soul had an actual key. There was a fob to lock and unlock the door, but there was no push button on the door nor to start or stop the car. We had to put the key in the ignition and turn the switch to start it. But once we did there was a certain verve to this Soul X-Line no matter the trim line.

Handling was surprisingly agile. Steering was very responsive to driver input, as a colleague used to say. Soul handling mirrored that of a Go-Kart. It took just a little turn of the steering wheel for the car to in another direction. Cornering was excellent and lane changes were effortless.

The ride was firm without being harsh. The suspension took minor lumps and bumps out of the rode. And the car was quiet; road noise was left outside and at times we could not hear the engine at all.

The only complaint we had during the week-long test drive was the alarm. Or, more precisely the beep of the horn that signaled the alarm system had been engaged. You know that beep you hear after a second push of the lock button on the FOB. On the Soul it wasn’t a bleep it was blare of the horn. The reason for the decibel level of this feature escapes us. But it was intimidating enough, especially in a close-space, that we didn’t engage the system because we wanted to escape that blare. We’re sure that was not the intent.

Still, the interior of the Soul X-Line was comforting, even though this was a basic car. However, that does not mean it was without creature comforts or safety equipment.