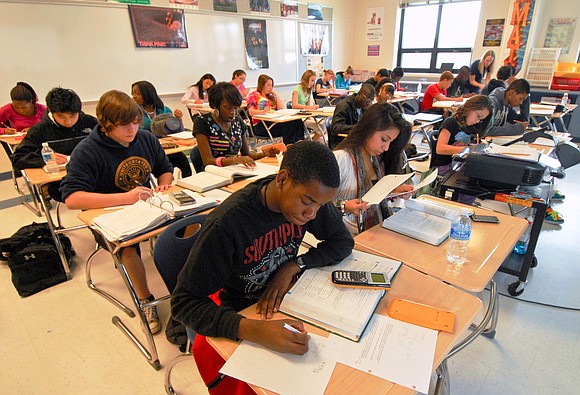 Romeoville, IL - The 2018-19 high school students in Valley View School District 365-U increased the number of Advanced Placement Scholars by 53% according to the results of this spring’s AP testing. A total of 292 Valley View students earned designation as an AP Scholar by scoring 3 or higher on three or more AP Exams. (AP Exams are graded on a scale from 0-5, with 5 being the highest possible score.)

A total of 45 Valley View students earned the distinction as an AP Scholar with Honor, up from 34 students one year ago. Those are students who receive an average score of at least 3.25 on all AP Exams taken, and scores of 3 or higher on four or more of these exams.

Noteworthy among the Bolingbrook HS AP Scholars are three students earning designation as AP National Scholars for averaging at least 4 on all tests taken and earning a score of 4 or higher on eight exams. Those Class of 2019 graduates are Mitchell Frey, Leslie Igbo, and Theodore Tam. Mitchell is now attending the Illinois Institute of Technology and studying aerospace engineering, while Leslie is attending the University of Michigan and studying pre-medicine.

Noteworthy among the Romeoville HS AP Scholars is Class of 2019 graduate Hannah Ramos, who took ten AP exams while attending Romeoville HS, earning two scores of 5 and six scores of 4. Hannah is attending Boston College and is studying art.