Why would HUD gut its own disparate impact rule? 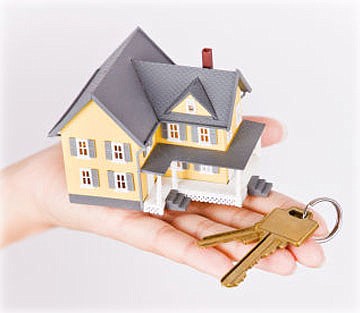 Whatever happened to the American Dream of owning a home and giving your children a better life than you experienced as a child? Is this ‘dream’ being deferred or denied?

In 2019, these questions are as timely as they are timeless. Beyond rising housing costs for would-be buyers and renters alike, serious doubts are emerging about the nation’s commitment to the letter and spirit of fair housing laws, related enforcement, and regulations supporting both.

Since 2013, the disparate impact rule has objectively examined the effects of business practices with lenders, landlords, insurers, and real estate professionals against the provisions of the 1968 Fair Housing Act. The rule required that first a plaintiff must establish a discriminatory effect in policies and/or practices, before the defendant(s) would bear the responsibility of proving their own practices were nondiscriminatory.

But in the August 19 Federal Register, HUD proposed a new rule that would expand the disparate impact rule into a five-step process that would shift the burden of proving discrimination nearly exclusively to plaintiffs. By proposing that third parties test practices against algorithms to determine fairness, defendants in fair housing cases could later move for dismissal and/or be shielded from liability.

“Secretary Carson has proposed a rule that represents yet another egregious step by this Administration toward the dismantling of key civil rights protections in America,” said Congresswoman Maxine Waters in reaction. The veteran lawmaker is also the Chair of the Housing Financial Services Committee. “The proposed rule would make it substantially more difficult for victims of housing discrimination, including persons with disabilities, families with children, and racial minorities, to prove their case in a court of law and thereby hold bad actors accountable for their actions.”

New York Congresswoman Carolyn B. Maloney was even more direct in a Twitter post. “What is wrong with Ben Carson. You can’t expand housing rights by limiting civil protections. The ’D’ in HUD doesn’t stand for ‘Discrimination’.”

During delivery of Capitol Hill testimony earlier this spring, Nikitra Bailey, an EVP with the Center for Responsible Lending (CRL) also underscored the importance of disparate impact in fair housing.

Other organizations actively engaged in opposing HUD’s proposed rule reversal include the Lawyers’ Committee for Civil Rights Under the Law, the Leadership Conference for Civil and Human Rights, NAACP Legal Defense Fund, and the National Fair Housing Alliance.

Between now and October 18, concerned citizens, advocates, organizations and others have a brief opportunity to stand up and speak out against the Carson proposal. Once this 60-day public comment period concludes, HUD will have the green light to move forward as planned or modify its proposal. How long the remainder of the rulemaking process lasts will be a HUD decision.

Before the Fair Housing Act’s enactment, local zoning laws across the country supported segregation along with redlining Black communities to exclude borrowers from mortgage and home improvement loans along with a litany of real estate practices that denied Blacks and other people of color opportunities to build family wealth. Particularly by omitting Black neighborhoods from multiple listing services, door-to-door block-busting practices inflamed racial tensions with warnings of lost property values if integration was to occur. Additionally, many neighborhoods enforced restricted covenants that explicitly excluded families of color from ever buying property in designated areas.

The irony is that despite more than 50 years of fair housing being federal law, not only does housing discrimination persist, the federal agency charged to defend it seems to have forgotten its own mission.

“HUD is looking for a problem that does not need a fix,” added Bailey, speaking directly to the proposed disparate impact revision. “Even the lending industry supports disparate impact and uses it as a tool to create fairer and more profitable lending.”

So exactly whom is HUD serving?

Charlene Crowell is the Center for Responsible Lending’s communications deputy director. She can be reached at Charlene.crowell@responsiblelending.org.