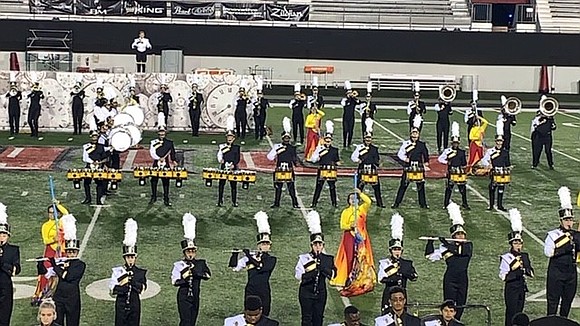 The Joliet Marching Tigers began their competitive season in September with two outstanding performances. On September 14 the band placed second in Class AAA and second overall at the Providence Catholic Marching Band Invitational.

“We are very proud of our students and their performance at Providence,” said Alyson Bauman, assistant director of bands at West. “It was a great start to our season and a wonderful showcase of the work the students put in over the summer and beginning of the school year.”

The band continued its season with a performance on September 28 at the Red and Black Classic, hosted by the Phantom Regiment at Northern Illinois University. The Marching Tigers again placed in their class, taking 3rd in class AAAA. The band was also 3rd overall among the 24 competing bands for the day.

“The band had an excellent show at NIU,” said Eric Wellman, director of bands at West. “It was the first time we performed the entire show and being able to do so in such a great stadium was a real thrill for us.”

The Marching Tigers will finish their competitive season with performances at Romeoville High School on October 5, Lincoln-Way West on October 12, and Illinois State on October 19.