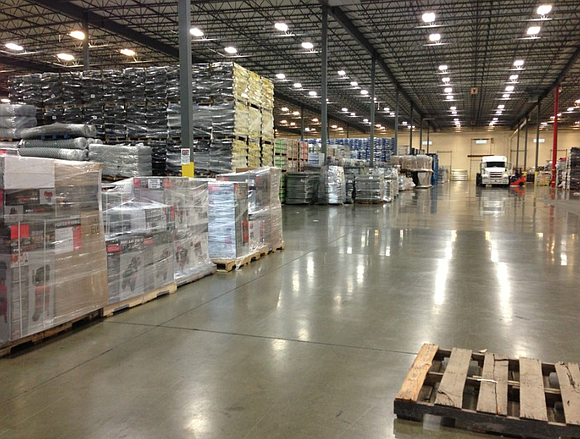 Workers at a Mat Holdings Plant in Romeoville walked off the job Monday morning.

A group of 20 workers at a manufacturing plant in Romeoville walked off the job Monday morning and announced they will quarantine themselves after a coworker tested positive for the Coronavirus.

The workers from Midwest Air Tech, 821 W. Bluff Road, a division of Mat Holdings, walked out Monday morning and 69 other workers from Raymunod’s Food Storage in Bedford Park walked off with similar demands, according to Jorge Mujica, with Arise Chicago, a group that fights for worker's injustices.

According to workers from the plant in Romeoville, plant managers initially had told them that everything was fine even though a worker had contracted the Coronavirus. After workers presented their demands, they announced "they will quarantine themselves and isolate from their families to wait the minimum of 14 days needed to see if anyone is infected," Mujica said. "They demanded to be paid those days, because their action was prompted by the companies' willful disdain for their health."

The plant manufacturers car parts. Workers at the MAT Holdings plant in Romeoville said an employee tested positive for the Coronavirus, and then received "unclear information from the company. They are demanding clear communication about health risks, and that the company take proper responsibility for the health of its workers - including professional cleaning and disinfecting of the plant and paid sick time to prevent possible spread of the virus," Mujica said.

Workers, according to Mujica, said rather than hire a professional company, MAT Holdings Vice President, Bob Patton and General Manager Jamie offered workers increased pay to do the cleaning themselves, without proper protection. Workers demand two weeks paid time off while they self-quarantine.