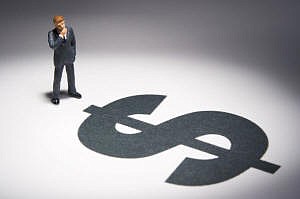 It was just about eight weeks ago that voters in 14 States voted in Primary Elections to select Republican and Democratic candidates for National, State and County offices that will be voted for on November 3, 2020. Just two weeks later, the Illinois primary was held. That was March 17. Since then, COVID-19 has dominated just about every aspect of our lives. The one exception in the Joliet area has been the Northpoint issue and even that has quieted down in the last two weeks.

This next week, the City Council meets on Tuesday and no doubt discussion on how Joliet will confront the impending financial crisis facing city government operations will be on the agenda. City revenues have been greatly impacted in at least two of the city’s major revenue sources: gaming and sales taxes. Assuming a modest decrease in sales taxes and the complete loss of gaming revenue in the last six to eight weeks losses could exceed as much as $5 million year to date. There are few possibilities that revenue can be recovered. That only leaves the option of what expenses can be cut.

According to the City of Joliet budget document passed this last December, Joliet employs 834 fulltime and 101 part-time employees. Almost 80 percent of the General Fund expenses are for payroll and benefits, including pensions. Pension increases for police and fire are budgeted at $2.4 million and overtime for both departments is at almost $5 million. Police and fire make-up 66 percent of Joliet’s employees. Without substantial concessions from the employee unions there is not much to be trimmed.

Cutting expenses in some of the discretionary expenses is a possibility. The $6,000,000 bond for the Joliet Library could be postponed or even eliminated until a more certain path forward economically is known. The ballpark is scheduled for repairs this year and is included in total expenditures of an estimated $301,000. Expenditures totaling over $1,000,000 for the Rialto, the prison project and the museum could also be postponed or eliminated.

The current extension of “shelter-in-place” until May 30, means a loss of at least another $5-$6 million in gaming revenue and sales tax decline. Even if a partial lift of the ban downstate is put in place it will most certainly not have much benefit in the Joliet area. And then of course there is the future challenge of when the ban is over, how will people react. Will they return to stores in the same numbers? Will the gaming tables draw as in the past? How often will you want to sit in a crowded restaurant or movie theater?

In order to help elected officials meet the financial challenges Joliet and other communities face, it is imperative you let them know your message. Insist on transparency in their decisions. There is a short-term problem to resolve and a long-term solution needed. Economic development like Northpoint won’t solve the long-term and certainly not the immediate need for planning. What is the City’s plan? Joliet can no longer afford a lack of specific plans for revenues and expenditures. For the foreseeable future, gaming revenue is no longer a slush fund that can be used to prop up the general fund. Nor can we afford the luxury of spending more on such things as the ballpark and the prison that cost far more to keep going than the revenue they generate.

The City needs a full-time City Manager with planning expertise. The City Council needs to stop bickering and come together to solve the issues they were elected to provide. Elections for at-large council members are still 12 months away. The other six still have three years to go. Threatening to vote some of them out of office one year from now won’t help the immediate situation. Are you listening City Council?

One last thing…there were 5 deaths in the United States from COVID-19 on March 1. By April 30, deaths from COVID 19 exceeded the 58,220 deaths in the Vietnam War from 1965 to 1974. That’s two months versus 10 years. No particular relevance comparing the two events, it’s apples and oranges, but It’s certainly mind-boggling.