Deep Dish takes a slice out of Slammers winning streak 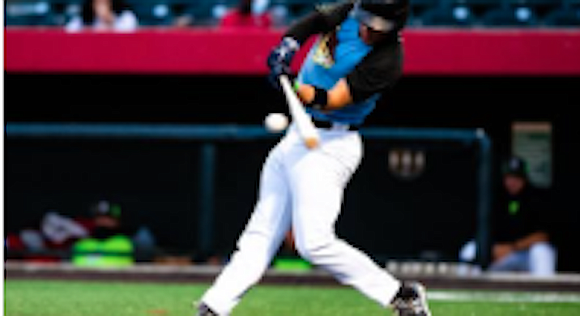 The Chicago Deep Dish narrowly beat the Joliet Slammers 5-4 on Tuesday night, snapping the Slammers eight-game winning streak. Starting pitcher Austin Shea’s performance on the mound, timely hitting and defensive mistakes by the Slammers were all contributing factors in the Deep Dish win.

Shea followed up his best start of the year—an outing of seven shutout innings last Tuesday—with a solid effort one week later. He pitched five innings, allowing one run on three hits with five strikeouts to earn the win. The right-hander struggled to find the zone at times, walking six Slammers. However, he battled to escape multiple jams, stranding eight runners on base throughout his start.

The Slammers had an off day defensively, giving up two unearned runs in the first four innings. In the second inning, Deep Dish Shortstop Jack Strunc got caught in a rundown between second and third base, but scored after Slammers starter Jace Vines sailed a routine throw into center field. Strunc scored again in the fourth inning after Slammers left fielder Zac Taylor misplayed a single by first baseman Sherman Graves.

Strunc had a productive day at the plate, aiding his Deep Dish squad to victory. He was 2-for-3 with two singles, two runs scored and an RBI. Glenallen Hill Jr. also contributed offensively, going 2-for-3 with a walk and three stolen bases for the Deep Dish. Brandon Riley’s second-inning single and Andre Nnebe’s fifth-inning double each plated a run for the Deep Dish as well.

Vines only pitched two innings for the Slammers in his start, giving up one earned run on three hits. Though Vines was assigned the loss, the Deep Dish did most of their damage off of reliever Christian Tripp, who gave up three hits, two walks and two earned runs in three innings pitched. Drew Peden pitched two scoreless innings after Tripp, and Mario Samuel pitched a scoreless ninth inning in relief of Peden.

After seven innings, the Deep Dish led the Slammers 5-1, with the Slammers only run coming courtesy of a Zach Kirtley sacrifice fly. However, the Slammers offense finally found its groove in the eighth inning against reliever Andrew Click: Third baseman Tyler Plantier, catcher Brian Parreira and second baseman Walner Espinal each laced RBI doubles in the frame to bring the Slammers within a run. However, Tyler Johnson secured the four-out save for the Deep Dish, retiring four consecutive batters with a strikeout.