Wayne's Words: How the world sees U.S. as we drop in nearly every category 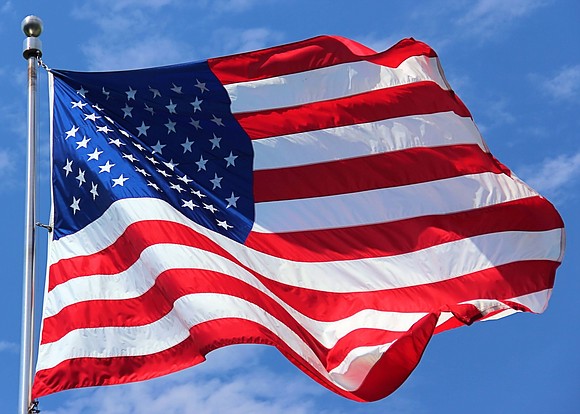 Political partisans are in their realm for the next couple of weeks with the start of this week’s Democratic National Convention and the Republican National Convention starting next week. Both conventions are being conducted remotely due to restrictions imposed by COVID-19. There are many complications associated with the November election making it almost impossible to condense into a few words for this week’s column. Therefore (notice, I didn’t say “So”), the best advice I or anyone can give is to vote the earliest and most convenient method available. Also, vote your interests based on your own circumstances. Party votes should take a back seat to the leadership needs of our country.

There has been much written and said through various media outlets regarding the United States ranking in the world. Since the end of WWll, the U.S. has pretty much dominated the world stage. According to the U.S. News and World Reports ranking of Best Countries Overall, we’ve slipped a bit in the eyes of the world. The rankings are made up of 9 different subcategories. Each category is weighted to determine each country’s overall standing.

When current President, Donald Trump, took office in 2016 the United States ranked fourth in the world overall. The three countries ahead of us were Germany, Canada and United Kingdom. The 2020 report drops the U.S. to seventh place with Switzerland, Japan and Australia moving ahead of the U.S.A. Just as a point of reference, this report came out in January of this year, before the shutdowns due to the COVID-19 pandemic.

The U.S. actually dropped down in six of the nine subcategories used in the scoring. According to the criteria, the four benchmarks used to determine what set of countries that are assessed each year are driven by hard data. Two of this year’s category rankings for the U.S. remained the same, Power and Entrepreneurship. The U.S. Power category standing has been number one in the world since the rankings first appeared. It includes such things as a strong military and strong international alliances. The only increase in a subcategory for the U.S. was Heritage. We went from number 22 to number 18. Heritage includes such things a rich history, great food and many cultural attractions. The food thing is a natural. We even have a TV channel devoted to food preparation and where to find great places to eat.

The category that took the biggest hit was the one called Open for Business. We went from number 23 to 45. Items included in this category include manufacturing costs, corruption and government transparency. Apparently, our economy was tanking before the COVID shutdown. Two other notable category drops were Citizenship and Quality of Life. Citizenship takes into account human rights, the environment and well-distributed political power. The Quality of Life classification rates a good job market, income equality and a well-developed public education and public health system. The U.S. ranks fifteenth in both of these.

Two of the countries most talked about nationally the last four years are China, ranked overall at 15 and Russia, ranked 23. Russia is ranked number two and China at three in the power category. Some other notables in the subcategories are Sweden, number one in Citizenship, Canada, number one in Quality of Life, and Luxemburg number one in Open for Business.

There are 73 countries listed in the overall standings. Many of the countries bringing up the last spots on the list are in Eastern Europe and the Mideast. For complete listings, checkout the source at the following link: https://www.usnews.com/news/best-countries/united-states.

One Last thing… New interim City Manager Jim Hock attended his first Official City Council meeting this week. It lasted just 15 minutes on Monday and then the council retreated to a closed- door session before adjournment. Hock is only committed to the job for three months (that’s what the last guy said) at a salary of approximately $19,500 per month. Not a bad part-time gig. When he was first hired as full-time City Manager back in November 2013 his pay was $15,400 per month, plus benefits. That’s a 26 percent pay increase. Not unhealthy. Inflation over that same period of time was 12 percent. Consider it the cost of “need.”