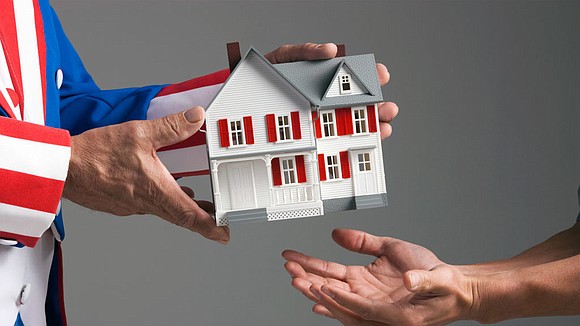 As the nation's double dose of health and economic crises continue, many consumers believe that federal assistance to make ends meet has virtually disappeared.

A recent policy analysis developed for the Brookings Institution suggests that the wages and earnings of economically vulnerable workers left little – if any – funds for regular household savings.

"While all unemployed Americans are facing significant economic challenges, these findings suggest that unemployed Black workers are less likely to receive unemployment benefits and are disproportionately experiencing delays in receiving critical benefits designed to mitigate economic hardship," wrote the professors. "These findings indicate that our society has failed to address many of the socioeconomic inequities faced by racial and ethnic minorities that were brought to light during the Great Recession."

Additionally, a three-part consumer survey by Morning Consult, a DC-based global intelligence firm, determined that by the end of this August, 5.4 million consumers who lost $600 per week in unemployment insurance will also lose their ability to pay for daily living needs like housing, health care, food and clothing. By the end of September, the same survey found that an additional 9.2 million consumers would be in the same financial dilemma should Congress fail to enact new or extended aid.

Despite COVID-19's ongoing disruption to the economic health of many Americans, our lawmakers have not taken steps to alleviate all the resulting strain, including housing.

In late May, the U.S. House passed legislation to continue vital federal assistance as the pandemic continues. Entitled the HEROES Act, it would extend the CARES Act's previous moratorium on evictions and foreclosures. But it would also provide new housing assistance including $100 billion in emergency rental assistance, $75 billion for homeowner assistance, $11.5 billion in homeless grants and expand Section 8 vouchers with a $1 billion revenue infusion. Together, these measures could help shore up housing, a major pillar in the nation's economy.

In the ensuing three months, the Senate never considered this proposal and instead put forth a much smaller package this August that provided nearly nothing to assist homeowners and renters. This approach garnered little support and now the upper chamber is not expected to return to work until after the Labor Day holiday.

Likely as a result of one of four recent executive orders, HUD extended the moratorium on evictions and foreclosures on homes with FHA-backed mortgages. As reported by Politico, an estimated 8.1 million single-family homeowners will now be protected until 2021. Omitted in this new development are mortgages that originated with other government-sponsored mortgages like VA and USDA, as well as those backed by Fannie Mae and Freddie Mac. And no assistance in this action addresses the needs of many renters who do not live in FHA-backed housing. It is estimated that these renters already owe up to $25 billion in back rent, and could reach $70 billion by year's end and no way to pay.


By contrast, the CARES Act included limited forbearance, a postponement - not forgiveness - of monthly payments for financially challenged homeowners with an FHA, VA, or USDA loans. These mortgage borrowers can request a suspension for up to 180 days plus an additional 180 days if needed. Thirty days before the end of forbearance, mortgage servicers should contact these homeowners to discuss available options. Repayment options will also depend upon the type of loan held.

Fannie Mae's most recent annual housing survey shows that one-fifth of Americans are unaware that this assistance is available. Mortgage servicers should do more to notify borrowers of these options.

Many homeowners sought to take advantage of lower mortgage interest rates, and filed applications to refinance their loans, in hopes of lowering their monthly payments.

But beginning September 1, a new surcharge fee will be added to refinance applications with both Fannie Mae and Freddie Mac, the other GSE with a large share of the mortgage market. A 0.5 percent fee on refinanced capital will be charged directly to lenders and then be passed on to consumers making applications. This new fee adds an upfront, estimated $1,400 to the mortgage cost, and as a result may eliminate any savings that might have been possible.

In reaction, outraged housing stakeholders are demanding that the Federal Housing Finance Authority (FHFA), that oversees both Fannie Mae and Freddie Mac, reverse this new and harmful fee. Their stance is based on the facts that housing accounts for almost 20% of the nation's overall economy, and further that the fee undercuts the Federal Reserve efforts to support an ailing economy.

"This is harming American families," says Mike Calhoun, president of the nonprofit Center for Responsible Lending. "It's absolutely the wrong thing to be doing now... We should be doing more to help people refinance," he says. "And this is going in the opposite direction."

Most reasonable people would agree that now is the worst time to add home costs. And for Black America – already reeling from disproportionate unemployment, COVID-19 diagnoses, and far less wealth – any increase in costs will be harder to absorb.

• An online Look-Up Tool enables consumers to enter information and learn whether their home or landlord's mortgage is held by Fannie Mae;

• Access to live personalized assistance from HUD-approved housing counselors is available through its Mortgage Help Network or the Disaster Response Network.

What lawmakers, regulators and corporate decision-makers must remember during these terrible times is that everyone deserves a future full of hope and genuine opportunity. It's time our lawmakers got back to work. Every consumer should be afforded an equal opportunity to survive this pandemic and achieve financial prosperity.