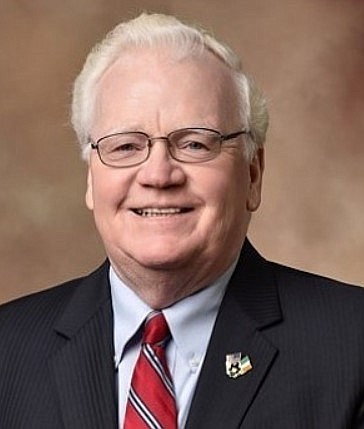 The Senate has passed a bill to rename the Elwood Post Office after the late Larry Walsh Sr.

Walsh, who passed away at the age of 72 on June 3, 2020, after a brave fight with prostate cancer, began his career in public service at the age of 21. For the next 50 years, Walsh served on the school board, in the Illinois State Senate, and as Will County executive.

"Larry devoted his life to serving 'the folks back home,' as he always called his constituents. He was always searching for common ground in order to make government work for the people, and he set an example of

what public service should look like," Durbin said. "I'm proud the Senate unanimously agreed to honor him by passing my bill to rename the post office in his hometown in commemoration of his years of service to this community."

Earlier this year, Durbin honored Walsh's public service with a speech on the Senator floor.