Denise Winfrey sworn in for another term as District 8 Commissioner 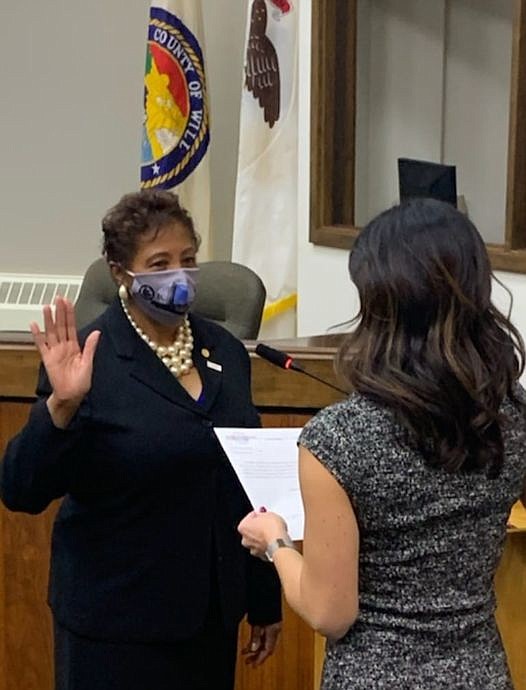 Denise Winfrey is sworn in on December 7, for another term as District 8 Commissioner. On June 8, 2020, Winfrey became the first woman and first person of color to hold the Will County Executive position. She was appointed interim executive after the death of County Executive Larry Walsh for 5 months until the election in November.