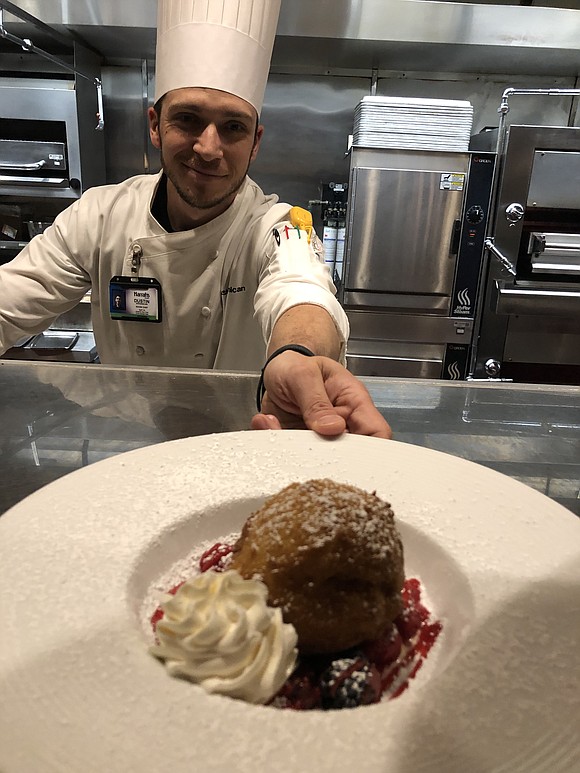 The chef from The Reserve Steakhouse is serving up a tasty meal for the upcoming Joliet Area Restaurant Week, which takes place February 1 to 13, 2020. For more information, please visit jolietarearestaurantweek.com.

“There are some amazing restaurants in this year’s lineup that are just waiting to wow you,” stated Heritage Corridor Convention and Visitors Bureau Marketing Manager Dan Mulka. “For long-time fans, it’s the perfect opportunity to try something new on the menu. For those unfamiliar with the area, you’re going to visit and taste the culinary creativity in our area chefs.”

The participating restaurants include:

Mulka adds, "The best thing about Joliet Area Restaurant Week is that it is the perfect excuse to order dessert."

New for 2020, visitors can download the Joliet Area Restaurant Week Digital Passport to view deals and earn chances to win $1,000 in local restaurant gift cards. By downloading the passport from JolietAreaRestaurantWeek.com, showing their mobile device to their server or cashier and ordering their Restaurant Week special, they will be entered into a drawing for the gift card sweepstakes. As the visitor goes to more restaurants, they can earn additional entries. Limit 1 entry per person per restaurant.

The specific deals for each restaurant, including special prefixed menus from some establishments, are available at JolietAreaRestaurantWeek.com.

Paper passports can be requested from the Heritage Corridor CVB office. A visitor just needs to contact the CVB at 815-216-9960 or email their address tomarketing@hccvbil.com to have a passport mailed to them.