Candidates for congress in Illinois called on to declare war stance 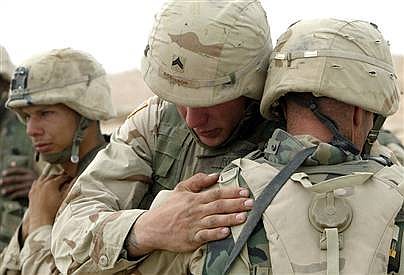 All candidates for Congress running this year in Illinois have been asked to sign a Pledge that commits the candidate to abiding by the Constitution when the issue of troop deployment is concerned. The Pledge, sponsored by the group Bring Our Troops Home, has been sent to all candidates.

"It is vital that citizens know where candidates stand on this core issue" said Dan McKnight Chairman of Bring Our Troops Home. "For far too long, Congress has failed in its responsibility. Under the Constitution in Article 1, it is Congress that has the sole authority to declare war and commit the sons and daughters of America to combat. By handing power to the Executive to engage in warfare without the consent of the American people, as registered through their elected representatives, is an insult to all of those who have given the ultimate sacrifice for America. It must end," continued McKnight.

The Pledge asks candidates to commit to the following language:

I pledge to the citizens of Illinois that I will insist that Congress exercise the Constitutional authority granted solely to the Legislative Branch, "To declare war," as stated in Article 1, Section 8, Clause 1. While Presidents may respond to sudden attacks against the United States territories or military forces, offensive deployments or extended commitments of U.S. military forces must be debated and approved or rejected by Congress.

"We at Bring Our Troops Home plan to make sure that the public at large knows who signs and who refuses to sign this simple statement," said McKnight. "For the life of me, I cannot see why anyone looking to be elected to Congress would refuse to pledge to simply abide by the Constitution," concluded McKnight.

The organization was founded in January 2019 and is composed of veterans from all corners of America dedicated to ending the war in Afghanistan, withdrawing U.S. military forces from the Middle East and encouraging a complete reexamination of U.S. foreign policy that is now based on military intervention. Background on the group and its activities can be found at www.BringOurTroopsHome.us