Plainfield drives in with cruise nights 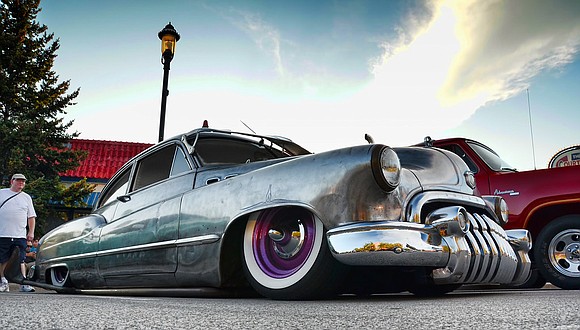 A summer tradition that is as popular as ice cream and dining outdoors under a moonlit sky will once again be offered in the Village of Plainfield.

The Plainfield Village Board Monday approved Cruise Nights and the road closures associated with the popular Tuesday evening event.

The popular attraction with car enthusiasts will be from 5 to 9 p.m. every Tuesday from June 2 to Aug. 18. The 12-night event is in downtown on Lockport Street between James Street and Route 59, including DesPlaines Street from Oak to Chicago streets.

Coordinated by the Plainfield Area Chamber of Commerce, the intention of Cruise Nights is to bring more people to the downtown corridor, which, organizers hope, will produce more exposure to the retail merchants in the area and in turn increase their sales. The event also features music, family-friendly activities and food vendors.

"Cruise Nights involve the display of several different types of vehicles in and around the downtown area," said Police Chief John Konopek. "Every Tuesday night, a different theme or type of vehicle will be showcased. However, Cruise Nights is open to all classic/show car enthusiasts."

Last year, Konopek said a portion of DesPlaines Street north of Lockport Street was utilized as a "Hawg Pen" area for motorcycles during the car show. The addition of these motorcycles, Konopek said, was well received and organizers wish to continue this practice in 2019.

Based on 2019 totals for Cruise Nights, Konopek said the total cost of the event was $13,382.01, which included police, community service officers, Plainfield Emergency Management Agency and public works' employees working at the weekly event.