Your Money: If the tax cuts don't last, will your retirement funds? 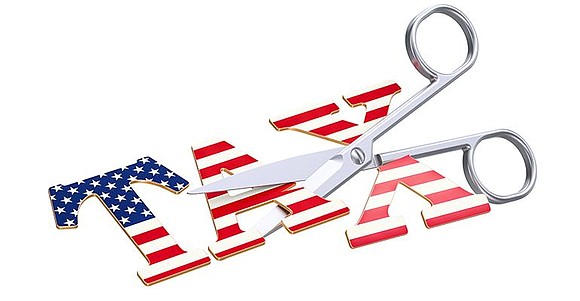 Many taxpayers welcomed the Tax Cuts and Jobs Act of 2017 that reduced income taxes through 2025, but now some people worry about the possibility of rates going up after the act expires and how that could affect their retirement.

It's a special concern for people whose savings are in tax-deferred accounts, such as traditional IRAs or 401(k)s.

"The over-reliance on 401(k)s and IRAs is setting people up for a retirement trap," says Greg DuPont an estate and tax planning attorney. "Given the dynamics of politics and the federal deficit, it's probable that income tax rates will increase again. There's a window of opportunity now before 2025 where plans can be adjusted to minimize those effects.

"Focusing on saving for the future using only tax-deferred investments forces you to take more risk to meet your income needs."

DuPont says a recent bill passed by Congress, the SECURE Act, will affect retirees in numerous ways, including by the removal of the stretch IRA, which allowed an inherited IRA to be paid out over an heir's lifetime. Now it must be paid out within 10 years, thus increasing the yearly tax burden on heirs.

"Passage of the SECURE Act indicates a real need to address the tax structure of your retirement accounts if they are part of the legacy you intend to leave behind," DuPont says.

DuPont suggests four ways those approaching retirement or already in it can adjust their plans to reduce the impact of higher taxes:

Roth 401(k). Access to Roth 401(k)s is more common these days at companies. Contributions go in after tax. By contrast, with a traditional 401(k), contributions are pre-tax – taken off the top of gross earnings before your paycheck is taxed. "But the downside of a traditional 401(k) is you have to pay taxes on the amount you withdraw based on your current tax rate in retirement," DuPont says. "That's a substantial penalty for many people. The biggest benefit of the Roth 401(k) is because you already paid taxes on your contributions, the withdrawals you make in retirement are tax-free. The money you put in, plus its growth, is yours."

Investments through brokerages. "These have benefits above and beyond your typical IRAs," DuPont says. "The thing people need to recognize is with brokerage accounts, you pay tax only on the money you gained on the investment. So it's usually far better than taking out a sizable portion of your IRA, which is all taxable."

Cash value life insurance. "The modern life insurance product gives the saver the ability to build cash value in that policy," DuPont says. "That cash value grows without tax liability, giving you access to that cash value and accumulating at a more acceptable rate of return than typical bank rates at this point in time."

"People strive to be debt-free in retirement," DuPont says, "yet they disregard the biggest debt they may have – the debt to the IRS in their retirement accounts. You can manage the impact of those taxes and perhaps reduce them by taking determined action."

Greg DuPont is the founder of DuPont Wealth Solutions.