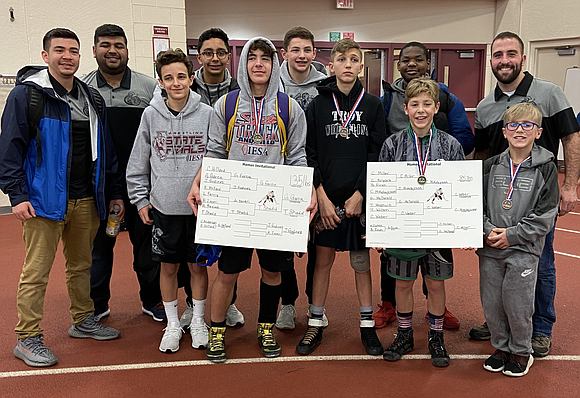 "Overall the tournament went well, with all of our wrestlers putting their heart, sweat, and tears on the mat," Coach Chris Meza said. "Now it's back to the grind to improve the mistakes that occurred, but I'm very proud of our wrestlers not giving up and always leaving it on the mat."

"Each wrestler wrestled their match and it showed," he said. "We as coaches saw good things and also saw room for improvement. We couldn't be prouder of every single wrestler and look forward to the rest of the year."

The Coal City Warrior Invitational saw even more members of the Troy Trojan Wrestling Team place, with 12 on the team earning first through sixth places.

Head Coach Joseph Jaeger said this year has so far been a special one for the team.

"I came into the season with my own expectations of what this team is capable of," Jaeger said, "and the team is exceeding those by achieving these milestones. There is plenty of work still to be done, but I am very proud of the effort and hard work that each wrestler is putting into this season."