Is Dr. King's dream being denied or deferred? 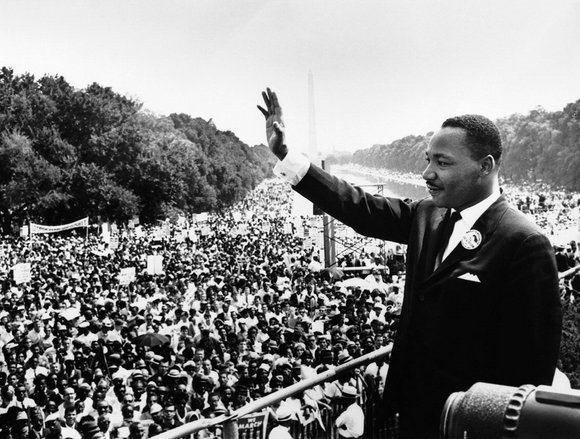 Consumers seeking to transition from renters to homeowners face another daunting challenge. According to the National Association of Realtors in December 2019, the median existing-home price for all housing types in October was $271,300, up 5.4% from November 2018 ($257,400), as prices rose in all regions. That means a 10% down payment for a median-priced home would require $27,130. Moreover, a 20% down payment, which would remove the added cost of private mortgage insurance would be double in cost - $54,260.

According to calculations by the Center for Responsible Lending (CRL), nationwide it would take 14 years for a prospective homebuyer earning the national median income to save a 10% down payment for a median-priced home. But for Black and Latino households earning the median income, the number of saving years expands to 21 and 17 years respectively to amass a 10% down payment on that same-priced home.

"When the president asks, what do African-Americans and minorities have to lose? How about affordable, quality housing and a shot at the American dream," queried Congressman Emanuel Cleaver in a January 9Politico article.

Ample research documents how far the nation has yet to travel when it comes to housing, homeownership, and the still-widening racial wealth gap.

A new report released days before the 2020 King holiday, States with the Most Racial Progress (January 2020) by WalletHub.com names and ranks states with the best and worst disparities in housing segregation, as well as wealth and employment. This research found that DC (District of Columbia), Illinois, Louisiana, Michigan, Ohio, Pennsylvania, and Wisconsin were each among the 10 states with the worst housing segregation. When wealth and employment were ranked by state, these same states along with Minnesota were also among the worst ranks of the nation.

"Volumes of research have shown that when people from diverse backgrounds are together in school, neighborhoods, or workplaces everybody wins," said Meera E. Deo, a law professor with Thomas Jefferson School of Law and one of the report's authors. "Making the unfamiliar more familiar means everybody wins."

"An obvious advantage of living in an ethnically diverse city is increased intergroup contact," added co-author Kelln Li, a Ph.D. and assistant professor of sociology at California State University's Dominguez Hills campus. "Such interaction might happen at various layers of the city: among students in school, or neighbors living on the same street."

"Thanks to this opportunity to get to know people who are unlike us, research has shown reduced prejudice, stereotypes, or negative attitudes across people of different ethnic or cultural background," concluded Dr. Li.

Comments by the St. Louis Fed Center for Household Financial Stability would appear to have reached similar conclusions through its independent findings as well.

For these reasons and others, it does not make sense for the Trump Administration to suspend rules and data mapping tools that alert communities to potential fair housing violations. Yet on January 6 HUD proposed suspending its Affirmatively Furthering Fair Housing (AFFH) rule that provides HUD program participants with a planning framework and data tools to enable them to take meaningful actions to overcome historic patterns of segregation and foster inclusive communities free from discrimination.

This year, it would be prudent to ask, 'What happened to the Dream Dr. King had to make America's promises of freedom, justice, and equality – true for all peoples?' And its corollary, 'What are we prepared to do about it?'

"Discrimination in housing is not a thing of the past, it is ongoing and real," observed Nikitra Bailey, an EVP with the Center for Responsible Lending. "Low-income communities and communities of color now more than ever need the government to provide them with critical tools to combat discrimination in housing and the insidious harms that result. Instead we have seen HUD, under the current Administration, do the opposite."