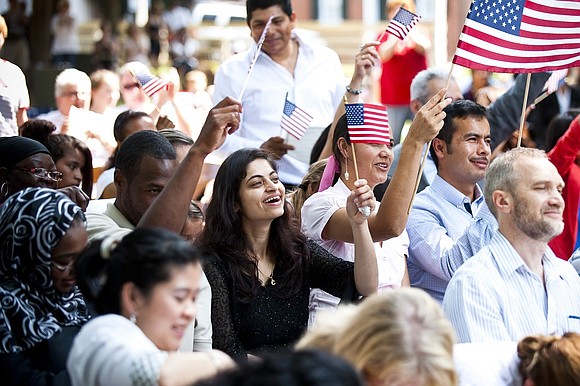 Kwame Raoul joined a coalition of 14 attorneys general calling for an end to federal immigration arrests of noncitizens without a judicial warrant or court order in and around state courthouses. In an amicus brief filed in State of Washington v. U.S. Department of Homeland Security, Raoul and the coalition argue in support of Washington states request for a preliminary injunction to immediately halt such arrests by U.S. Immigration and Customs Enforcement (ICE) and U.S. Customs and Border Protection (CBP).

No one should be afraid to visit courthouses to access the government services they need, Raoul said. Arrests like these may prevent immigrants from attending important court hearings or seeking protection from abusive partners. My office is committed to ensuring these services are open and accessible to all.

Last month, Washington’s attorney general sued ICE, the CBP and the Department of Homeland Security (DHS), among others, arguing that the federal Government’s policy and practice of arresting noncitizens both undocumented and those with legal status at or around state courthouses violated the Administrative Procedure Act, the Tenth Amendment and the right of access to courts, which is protected by the First, Fifth, Sixth and 14th Amendments. Washington filed a motion for a preliminary injunction to immediately halt the federal governments policies.

In the brief, Raoul and the coalition argue that the federal governments arrest practices violate the common law privilege against civil arrests at courthouses, which has been recognized in Illinois and several other states. The amicus brief further maintains that the federal governments practice of conducting civil immigration arrests is deeply harmful to the effective functioning of state court systems.

ICE courthouse arrests disrupt court functions, trample the due process rights of the accused, imperil public safety and deter immigrants from reporting crimes. As the brief notes, dozens of these arrests have occurred at Illinois courthouses since 2017. By using the court system to trap immigrants for detention and deportation, ICE keeps immigrants from accessing state courts and actively interferes with and violates the rights of individuals, associations and organizations across each state.

As part of its work to support immigrant communities throughout Illinois, the Attorney Generals office offers Know Your Rights resources for immigrants and immigration advocates free of charge on Attorney General Raoul’s website. Information is available in English, Spanish, Arabic, Chinese, Hindi, Polish, Serbian and Urdu, along with a mobile version and printable pocket-sized guide.

The Attorney General’s office does not request information about immigration or citizenship status from anyone who contacts the office or files a complaint. Attorney General Raoul encourages individuals to contact his office to report instances of discrimination or harassment by calling his Civil Rights Hotline at 1-877-581-3692.